We have some good news for our readers in the UK who are jealous of overseas PS3 owners who are currently gaming on a slick white PS3 model. It has just been confirmed that UK consumers will soon be able to get their hands on a white PS3, courtesy of GameStop.

You may be thinking, hang on a minute isn’t GameStop an American retailer? Yes they are, but they also have retail stores in the Republic of Ireland and Northern Ireland as well. While this still doesn’t help those of you in the UK, we’re hearing that this white PS3 offer will also be available online from GameStop’s UK website so mainland UK consumers can still order one.

The deal will be available from 1st November according to Eurogamer, and it will cost you £250 to pick one up, which will get you a white console complete with two white dual-shock pads – there doesn’t appear to be any software titles bundled with this deal unfortunately though. However, this isn’t your regular 160GB capacity PS3 as the white model will come with a 320GB hard drive giving you that extra space for all your game save and media requirements, perhaps a slight deal sweetener over the fact there’s no free game. 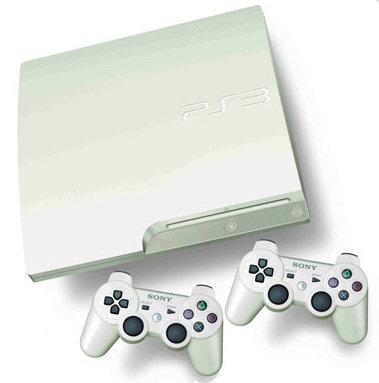 Just for your reference, this is an exclusive deal for GameStop UK so you won’t find the white PS3 available at any of the other retailers such as GAME, GameStation or Amazon UK. If you’re interested in picking one up, head to the GameStop UK listing here, although their stock status of ‘possible’ is a bit worrying so maybe pre-orders are getting snapped up by the minute.

Would you be willing to pay £250 for a 320GB white console? It has been a long time coming since a white version has been available in Japan since forever, but considering that it’s still not available in the US, this could be potential bragging rights for you if you’re willing to splash the cash.