We have a treat for our readers in the UK now, as the mobile carrier O2 has just announced that they will have an exclusive on a super sexy White version of the upcoming Sony Ericsson Xperia Play smartphone, aka the PlayStation phone.

As reported from Engadget, it’s a major coup for O2, since all of the other carriers in the UK will be stocking the Xperia Play, and securing the exclusive White model puts them way in front in our opinion.

Take a look at the images of the White model below, which were released by O2 recently. They look pretty sleek you have to agree: 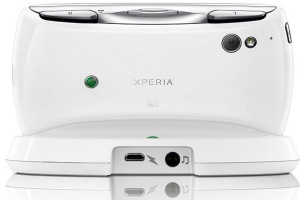 The picture above shows what the white device looks like from the back, while another picture we have below gives you an idea what the Xperia Play looks like when it is placed inside the official dock, which is also available in white by the way: 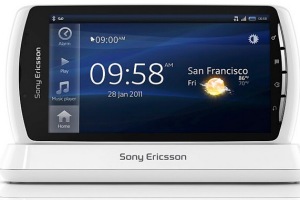 What are your thoughts on this model? We’re guessing that those of you in the US are eagerly awaiting news to see if the white model will be coming to you as well, but at the moment it’s UK only. It will be interesting to see just how many of you would be willing to import one or obtain one via Ebay if it turns out that it will only be available in UK.

Our prediction though, is that Verizon or some other carrier in the US will offer the white version, just like O2 has it in the UK. If you live in the UK, expect this white version to be available around April, as that’s when the device will first become available.