We have some important info for those of you who are planning to pick up a Samsung Nexus S smartphone, as you might want to hold off buying for a while, as a sexy new white version has just been spotted.

As reported from Phandroid, some photos of the White Nexus S in question have been provided by the guys over at BestBoyz. Rather than sport an all white design like other smartphones, notably the White iPhone 4, the Nexus S retains the original black front case and swaps the back for a white one – and we have to say the result is pretty successful. 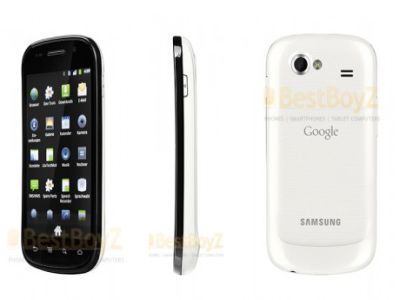 It looks likely that the White iPhone 4 is finally ready for a global release after recent leaks, but just how many of you are tempted by the White Nexus S? We never thought that a black and white smartphone would look so good, but we’re pleasantly surprised with the final result.

On a disappointing note, we’re hearing that this White model may end up being an exclusive in Europe, but nothing is set in stone yet, and we’ll let you know once we hear any more details.

If you had to choose between the White iPhone 4 and White Nexus S, which handset looks better in your opinion?