Apple has never said why a white iPhone 4 has not shown up yet, however many believe that the planned release was cancelled due to the reception issues that the iPhone 4 suffers with, this could have left Apple caught between rock and a hard place with two options, they could either release a white version of what many call a flawed product, or release a “fixed” white iPhone 4 which didn’t suffer with poor signal strength.

If Apple released a “fixed” white iPhone 4 people who had purchased the black iPhone 4 would feel that they bought an inferior product, which would have undoubtedly resulted in a hearing at court and a potentially huge product recall. 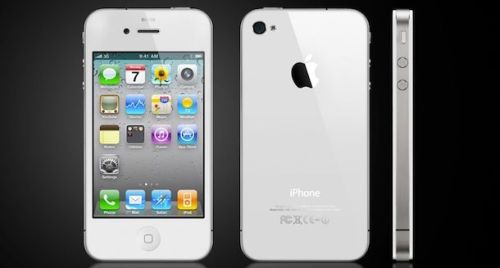 Now that Verizon has released the iPhone 4 along with AT&T there seems to be no real reason to roll the white iPhone 4 out, it would have made sense to make the Verizon iPhone 4 white and exclusive to “Big Red”, but again Apple may have been treading on thin ice as they originally suggested that the white iPhone 4 was coming to AT&T.

Apple fanboys will probably praise Apple if they offer the iPhone 5 in white, however it will always make us wonder what happened to the white iPhone 4, here is another possibility for you, Apple may just announce an upgraded iPhone 4 in the summer (rather than the iPhone 5) which is only available in white.. would this be enough in today’s highly competitive smartphone market? I dont think so..