We have some good news for those of you who are still clinging on to the hope of securing a White iPhone 4 this year, as the co-founder of Apple has revealed that production problems for the company are now fixed, and that customers can now look forward to a release soon.

According to this report from Apple Insider, Steve Wozniak has been speaking in a recent interview, and he revealed that the White iPhone 4 is still on course for a release later on in the year.

If you remember back to when the device was first delayed, Apple were citing a production problem, more specifically an issue getting the shade of white matched up on all models in their production plants. The good news, is that Wozniak confirms this issue has now been sorted, and the White iPhone 4 is on the way soon.

This follows on from Verizon prematurely listing the White iPhone 4 along side the black model on their product listing for the device, and it also falls in line with a rumor that Best Buy will be selling the white version at the end of this month. 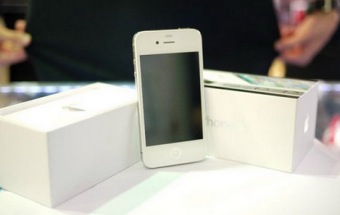 Check out full details on this story over at Apple Insider. Let us know if you’re still interested in the White iPhone 4 or not, as we imagine a lot of you used DIY kits anyway – just like Mr Wozniak.