If you’re an Apple customer who has been holding off buying an iPhone 4 in the hope that a white version will be arriving soon, then you may just be in luck. It appears that more evidence has surfaced online recently, which points toward an imminent release date for the much-awaited device.

The first hint came a few days ago, when rumors suggested that the White iPhone 4 was making its way to Best Buy and could be available as soon as February 27th. This was followed by reports that claimed the handset had been seen on Vodafone Germany’s inventory system. 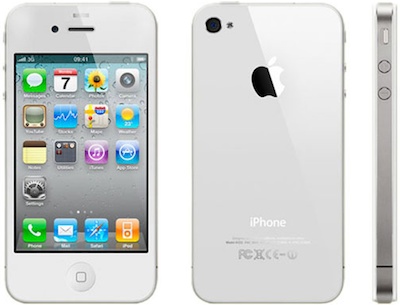 Now it appears that the White iPhone 4 has made an appearance on a few more websites, suggesting that a White iPhone 4 release is definitely on its way. According to a recent article by Chris Oldroyd over at tipb.com, UK operators Orange and Three have both listed the handset on their websites.

The White iPhone 4 is also being displayed on AT&T’s Online Account Management (OLAM) system. As John Brownlee from cultofmac.com recently reported, there appears to be two models listed on AT&T’s system, a 16GB model and a 32GB model. However, there’s still no word on a release date.

Are you still hoping to get your hands on a White iPhone 4?