For those of you who are looking to purchase the White iPhone 4 in the UK, then you will be pleased to know that availability is good, even though there is still strong demand. Stores are selling out quickly, which does come as a surprise considering the 4th-generation iPhone is now 10 months old. This shows to prove how much the white version was wanted.

Sales of Apple’s handset had already been good, but the White iPhone 4, which was released in April 28, has given it a fresh injection of high sales. Mobile Today reports that some stores are now starting to run low on stock, but do not worry, as they are still available. Stores have started to share their stocks, so they do not find themselves running out completely.

Thankfully the Apple Store still has plenty of White iPhone 4 handsets, and will be delivered to you within two working days. Sales are no way as high as they were when the black model came out last June, but the new color is certainly outselling most other new handsets on the market. 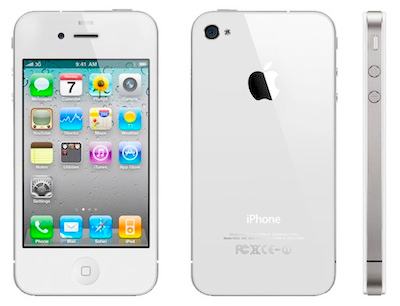 Consumers were a little shocked when they learned that the White iPhone 4 was actually a little thicker than its black counterpart, which is all down to the coating used. We have to wonder how long sales will stay strong, considering the fact that the iPhone 5 will be released sometime this summer?