Yesterday Alan Ng reported that we are now very close to the release of the White iPhone 4. It was Steve Wozniak who made the claim, which you can see in this video below, which was during an Engadget Live interview. This then got us thinking about what other white smartphones alternatives already on the market?

We found that Pocket-lint has also looked into this and we can see from their list that we have already covered one or two in recent articles. We are informed that these are either already on the market or will be soon.

The first one that we think stands out very nicely is the White BlackBerry Torch. We know that this was not the best handset that RIM released, but being offered in this different color option certainly gives it a breath of fresh air. There is no release date just yet, but we are anxiously waiting. 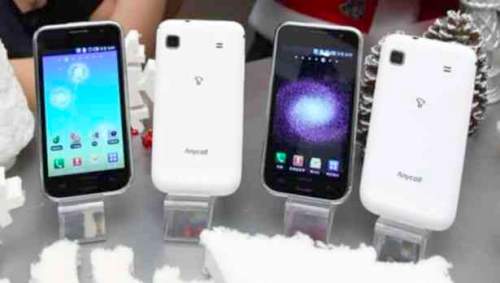 The White Samsung Galaxy S is another sexy looking handset, which was launched in Korea first. However, you will be glad that it is available in most other countries. Not certain if the U.S. has it, as there are a number of different versions for each carrier.

One on the Pocket-lint list that we need to mention is the White Nexus S; we know that this is not official yet, but there seems more chance of this happening than a White iPhone. View the technology blog’s website and let us know if you agree with their list?

One handset that we felt was missing from that list was the White T-Mobile MyTouch 4G. Yes we know that it is not the best handset in the world, but that has not stopped one CNET Reviews reader from saying that this is an iPhone killer — which it clearly is not.