After months of waiting it really does seem that those of you who have been waiting for the white iPhone 4, will soon be able to get your hands on one. Recently we told you about the device showing up on some Verizon inventory, and today we can tell you that the handset has appeared on the Three UK network website.

Thomas Newton from recombu.com is reporting that the 32GB version is on the website on a £35 per month plan with an upfront price of £159. The contract is for two years and gives you 2000 minutes, 5000 texts, and unlimited data usage. They are even throwing in a free bumper case into the deal.

After contacting the carrier it was discovered the deal is not yet live, even though the ad says the deal is only available until April 30th. The carrier didn’t say when the deal would go live but it must be any day now. 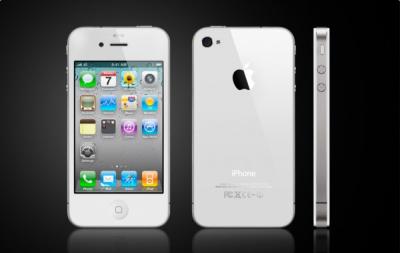 The order page originally was saying the white iPhone 4 would be dispatched by April 20th, but as the deal is not yet live it is hard to see that happening. Someone must have put the offer up early and maybe the April 20 date was for the deal to go live. It will certainly be an interesting couple of days as the world waits to see when the device finally hits the shelves.

Do you think it will be long now before the handset is officially launched by Apple?