The white iPhone 4 finally made an appearance after being delayed for best part of a year. This was released after Apple made a lot of Verizon customers very happy by releasing a version of the iPhone on their network. Now there is news of a white iPhone 4 64GB rumored, but with this in mind could this mean the iPhone 5 be next year?

An article over at T3.com by Luke Johnson is reporting that a leaked memo is predicting a 64GB white iPhone is only a matter of weeks away. A prototype of the device has already been leaked earlier this year, and now this internal memo has surfaced from a third party reseller.

It is believed the 64GB version will only be available in white as there is a line on the memo which says “only the white iPhone 4 32 and 64GB”. Many consumers would like to have an iPhone with increased storage, but could this mean the iPhone 5 being delayed further than we expected. 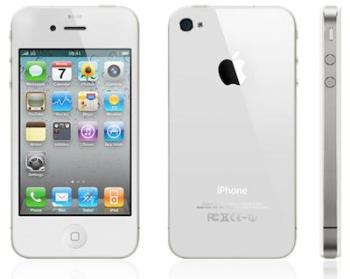 Most of the talk recently has indicated the next iPhone won’t be available before September, but if another version of the iPhone 4 is on its way will Apple be holding it back until next year? Even though this year’s WWDC event is billed as a software event we might get some indication of when the next iPhone will make an appearance.

Will you get a 64GB white iPhone 4 if it becomes available?