In an attempt to attract new supporters is seems, the already well-liked tech giant Samsung has announced that they will be launching a sexy white version of their popular Android smartphone the Galaxy Nexus in the UK.

The beginning of February is indicated as the time that this will be happening, the perfect time for those that own an out of date mobile device or whose contract may be about to expire, that are looking to invest in a more up-to-date version. Expansys, MobileFun and Clove are just three of the retailers that are set to have the smartphone on offer with pre-orders starting on February 6th.

We recently brought you news that Samsung had experienced increased sales over the last quarter of 2011 securing their status as world’s largest tech company as far as sales are concerned. In the article by Alan Ng, it was explained how Verizon had only just released a white version of the Motorola Droid RAZR. He also mentioned that the Apple iPhone 4S also has a white version available, although unlike the Galaxy Nexus, the entire chassis is covered in white, where as Samsung’s device still has black elements that are visible.

White models are often released to boost sales of a particular smartphone and the strategy normally pays off. Colors aside the Galaxy Nexus is certainly an impressive smartphone, some reports even suggest the handset sets the bar for the standard of smartphones. It is one of the first Android Ice Cream Sandwich smartphones, as explained by Mazuma Mobile, another feature that could attract more buyers as a recent report has shown that only 0.6% of Android powered devices currently have the latest version.

Are you impressed with the white version of the Galaxy Nexus? Will it be tempting you to ditch your device for this sexier model? 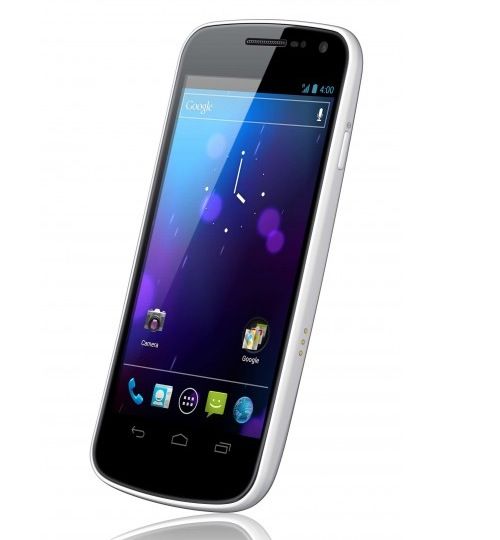