You may have seen some high quality renders of a supposed white Galaxy Nexus in action, but now it looks like we have the real thing to show you. If you were expecting to see a device completely covered in white, you may be disappointed.

Just like the white Droid RAZR, it appears that Samsung has also opted for the ‘semi-white’ approach, as images obtained by one retailer has showed the device featuring a white casing only, with a white back case but still retaining the black elements as seen on the display screen. A white version of the Galaxy Nexus hasn’t been made official by Samsung yet, but UK retailer Clove has listed the white version of the device with a price of £498, which obviously relates to a price without a contract.

It may not be a full white makeover as seen with the white iPhone 4S in comparison, but it is very slick in our opinion and maybe even nicer with this half black half white design too. After checking out these images, we have a feeling that some of you will be anxiously awaiting to see if this white model comes over to the US as well. Europe received the Galaxy Nexus months before the US of course, so let’s hope that a similar story does not repeat itself for this elusive white model.

How impressed are you with the design of the white model? Would you consider picking this up, or did you expect a model which was completely white in color? 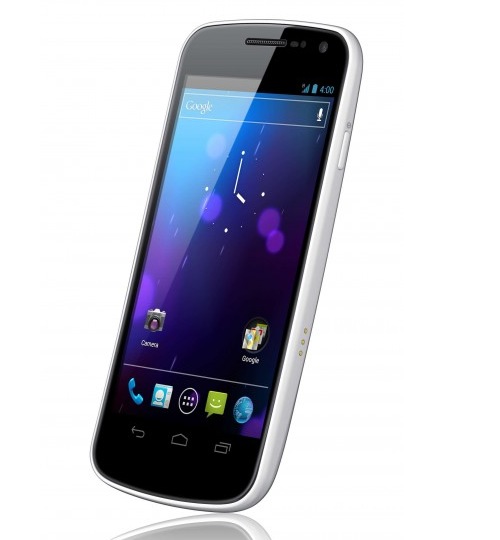