It seems we are going white crazy in regards to smartphones lately as we recently reported about the upcoming HTC Sensation getting the white makeover. Now we have news of the White Galaxy Nexus and Lumia 800 getting dated.

We last heard about the proposed white version of the Samsung Galaxy Nexus last month, and now it has been confirmed by the company. According to SlashGear it will be completely the same as the existing GSM model, and will arrive in the UK on February 13th 2012.

Just like other white Samsung handsets the fascia is still black, with the white color being found on the rear and around the edge of the smartphone. Samsung have also revealed the white version will come in both the 16GB and 32GB models of the Galaxy Nexus. Pricing wasn’t revealed but online listings hint at around £500/$789 for the SIM free 16GB model.

Meanwhile Nokia has announced that a white version the Windows Phone running Lumia 800 is on the way. Later this month the new version will launch in the UK, Germany, Italy, Poland, Finland, and Russia. Other regions are set to get the white model sometime in March so not too long to wait according to The Verge

Along with the Galaxy Nexus the white version of the Lumia 800 will be exactly the same as the other colors of the device. It seems unlike Apple with the iPhone 4 manufacturers are quickly releasing white versions of their smartphones within a short time of them first becoming available. 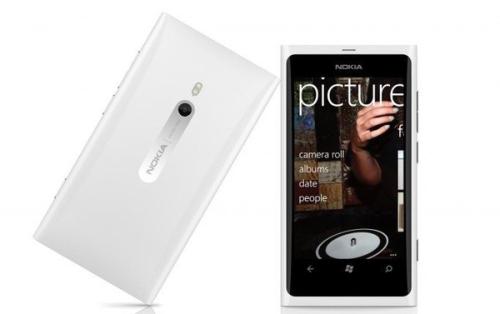