With the launch of the FIFA 16 Web App, we can see that there has been a lot of questions asked on where Ronaldinho is on FIFA 16.

At the moment, Ronaldinho is not in FIFA 16 but the Brazilian leagues have already been confirmed for the game. With FIFA 16 not launched yet, there still remains hope that EA has just been slow and that after September 22 they will be performing a database update and adding Ronaldinho into the game.

On FIFA 15, he was available for club Queretaro but despite the fact that Ronaldinho’s new club Fluminense is on FIFA 16 – Ronaldinho is not there yet as you can see below. 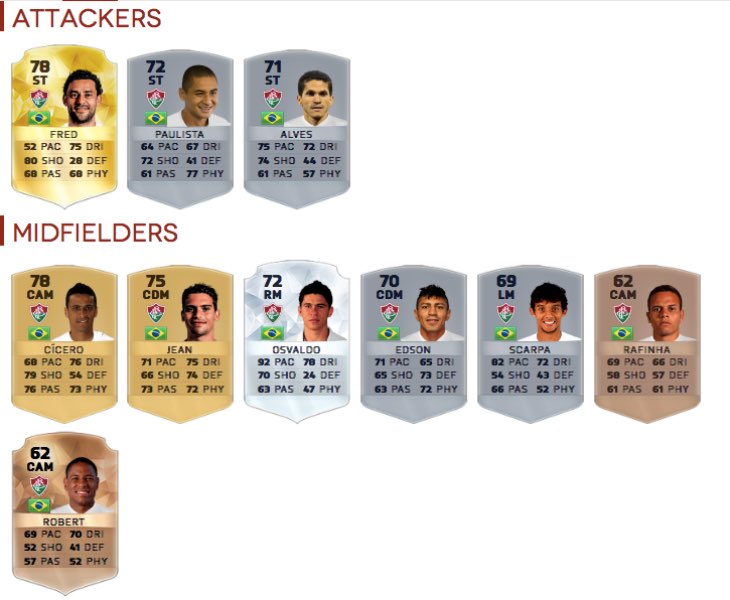 Let’s just hope that this is a timing issue and not a personal one between Ronaldinho’s representatives and EA.

Right now though, everybody is asking the same question on how to find Ronaldinho in FIFA 16. Let us know if you have been searching for the player too and if you still have hope that he will be added later on after launch.

If EA does add Ronaldinho to FIFA 16 in a transfer update, what overall rating should he have?