As we have already explained, you have to think about safety when watching any solar eclipse with the naked eye and approved glasses is one way to do that. There had been a lot of problems finding stock of these glasses in time for the March 20 solar eclipse, see a live stream here, so it will be interesting to see how things could improve over the next decade. 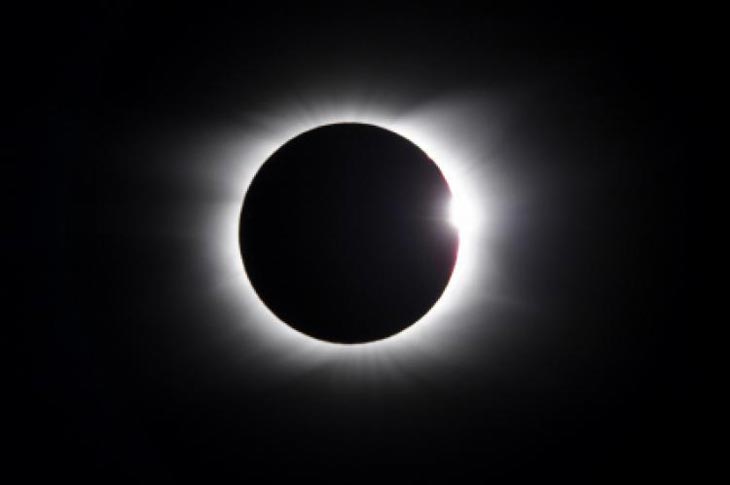 This article on The Mirror showcases some of the basic ways to watch a solar eclipse in 2015, which include using mirrors, a COLANDER, and also pinhole projectors. There’s nothing high-tech about these options and even the majority of solar eclipse glasses being used around the world right now.

Using smartphones to photograph the solar eclipse in 2015 Vs 2026 – right now, most smartphones feature a small lens with a very wide angle and this means you won’t be able to take a close-up of the Sun. Smartphones don’t have the long telephoto lens in 2015 that you see used with the likes of National Geographic, although could we see technology change enough over the next 11 years to allow such pictures to be taken from smartphones in time for the next solar eclipse in 2026?

The best way to use your smartphone right now is to photograph the blackout, so you capture the environment right under the eclipse. Smartphones and even tablets like the iPad Air 2 can do a great job of this right now. Making a timelapse video is also possible with smartphones and using software with the pictures you have taken on a phone.

Solar eclipse and green power grids – another area that’s changed in the last 10 years is green energy, so as expected, there’s been a few news articles in regard to the 2015 eclipse testing Germany’s green power grid. It’s unclear how much this technology will change in the next 10 years, but you can read an article about the current tech and why the solar eclipse today will be a concern for some in Germany.

How would you like to see technology change in the next 11 years for watching the 2026 solar eclipse? Let us know what features you think could be added to cell phones, new solar eclipse glasses, and other devices?