This article received an update after the press invitation landed confirming the Apple event is on Wednesday September 9, 2015. Also, we have included the Apple invite below that states, “Hey Siri, give us a hint”. Try it now on your iPhone to see the Easter Eggs given, although they don’t contain anything solid.

We are now under one month from the next Apple event that’s expected on September 9, 2015. This press conference will arrive with the iOS 9 Gold Master download, also when invitations are sent to everyone at the press it will also confirm the iOS 9 GM release date and launch of an iPhone 6S. 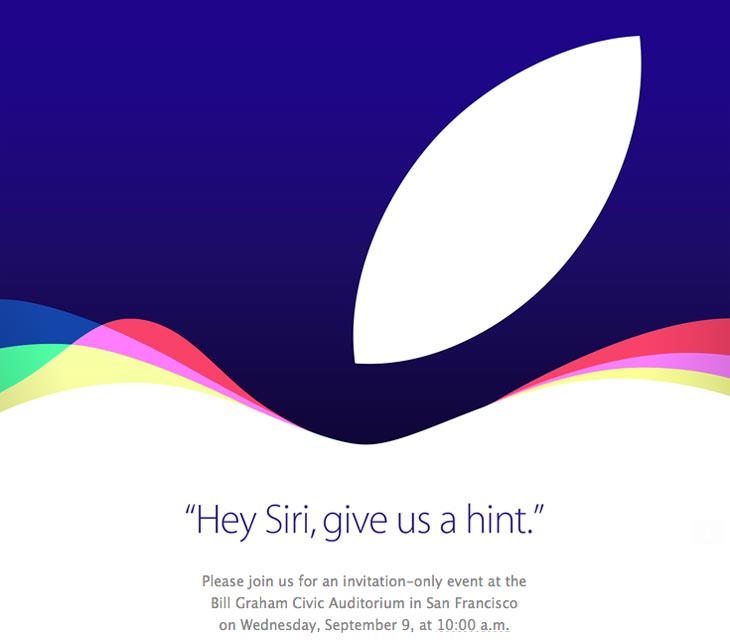 When is the next Apple event in 2015? It’s almost certain that the next Apple event will be on Wednesday Sept 9, 2015. The normal assumption is that fall Apple keynote events land on a Tuesday, as it’s been for many years, but thanks to a public holiday in the US landing at the start of the week you can expect things to change slightly.

iOS 9 GM release date – As we mentioned above, knowing when the next Apple event is in September allows us to pinpoint the iOS 9 GM release date. This always arrives right after the new iPhone keynote, as we will see when the expected iPhone 6S is revealed next month at its event on a Tuesday.

We have seen plenty of leaks from Apple production lines over the last month and this is also common for this time of year. Everything looks on schedule from an external point of view, as the rumors and leaks follow well known patterns too.

There you have yet, the next Apple event will almost certainly be on Sept 9th 2015 and this follows a Tuesday last year on Sept 9th. With this being the case, then developers will be able to download iOS 9 Gold Master on the said date as well.

Update Aug 28: We included the Apple event invitation and updated a few facts. You can see the invite above.