We know a lot of you are very excited about FIFA 17 releasing at the end of the month, so now we have a reminder for you on when the FIFA 17 demo is coming out on PS4 and Xbox One.

Although EA has still not decided to go public with the date, it is widely believed that the FIFA 17 demo release date is on Tuesday, September 13.

You can see what looks to be the main FIFA 17 demo homepage in the image below, showing a lovely glimpse of Martial and a look at what modes will be in the FIFA 17 demo. 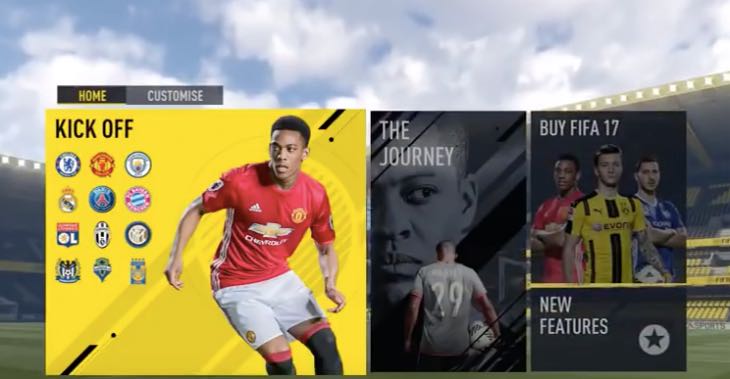 That leads us on to the next topic – the FIFA 17 demo will feature The Journey but it won’t have FUT, how do you feel about that?

We are expecting a confirmation from EA soon, but for now look forward to the demo releasing in a few week’s time, just before launch.

In the meantime, you should be more worried about those FIFA 17 ratings as we are now down to crunch time and the 10-4 players which you can see revealed here.