Some very good news may be on the way to Whatsapp users soon, with intense rumors suggesting that a Whatsapp update for video calling on iPhone and Android will be released very soon.

This is due to the fact that a batch of leaked screenshots arrived this week, showing the unannounced feature live in the flesh and running on Whatsapp 2.12.16.2 for iOS – which could be the next version to arrive given that we are currently on Whatsapp 2.12.12 at the moment.

The screenshots can be seen on this German website and show a very nice interface with buttons allowing you to use both the front and rear cameras during calls and mute when needed. 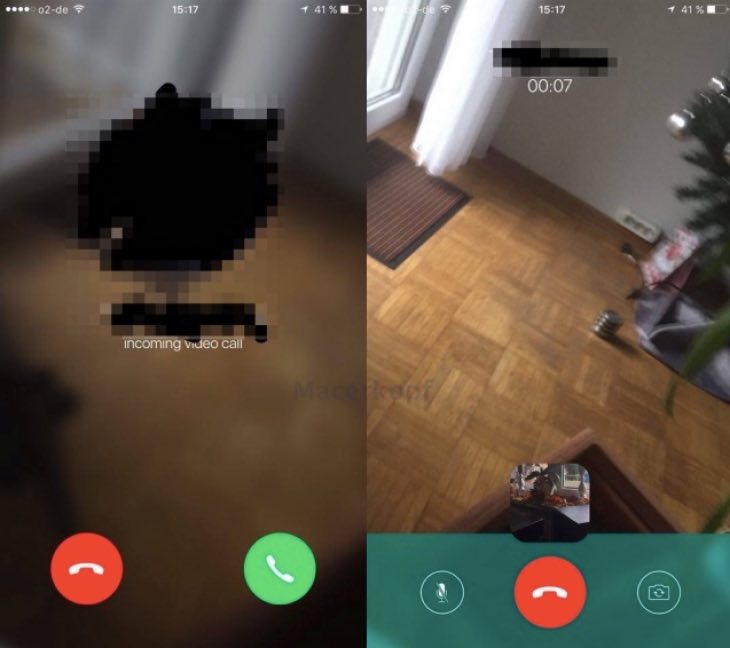 The images look highly polished, so we doubt they can be viewed as fake or photoshopped. We know that many of you have constantly been asking when video calling for Whatsapp will be released for iPhone and Android so now you may get your wish.

Given that the screenshots are taken from the iOS version of the app, we wouldn’t be surprised to see this feature rolled out for Apple’s device first and then make its way to Android shortly after.

What is your reaction to video calling on Whatsapp – would this make you quit Facebook Messenger for good? We’ll keep you updated on when official information arrives.