We really do think it is funny how so many people are complaining about Apple doing away with the headphone jack, as they feel they are being forced into something that they may not have wanted to do. Ok, so we can understand their anger in one respect, but in another, things always change and move on, which has happened so often when it comes to our technology. 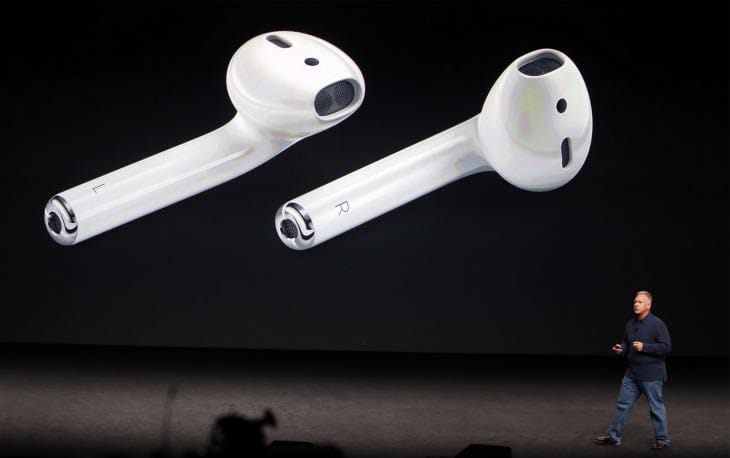 There are also those people moaning that they are being forced into using wireless headphones more, but then there was also that issue years ago going from the use of a cable to get your Internet, to wireless now being the preferred option. It will not be too long away when you will hardly see anyone using a set of headphones with an awkward wire attached to it – then you will see why Apple made such a move in the first place.

However, we are not sure that Apple have got it just right at the moment, and are still lifting their way in terms of offering their very own wireless headphone solution. Last Wednesday we were introduced to the Airpods, which is their answer to the ultimate earbuds for the iPhone 7 and iPhone 7 Plus, although will work with their other devices. The issue is that they are small, and also look very strange in the sense of that long part that just dangles out from the ear.

It’s the size that’s really the issue here, because there is an added chance that you could lose them, and so what happens then?

What to do if you lose your AirPods – well one of them? The answer is rather a simple one, as Apple says all you need to do is buy another one. This is because they offer you the opportunity to just purchase on AirPod from them if you manage to lose one. What we do not know however, is the cost of a single AirPod, but seeing as though the two will cost you £159, we doubt it will be half that price. If we are to have a guess, we would expect Apple to charge around £100 for one of them.

We wonder if your household insurance will cover such a loss, seeing as though they are personal belongings after all?