The last person you expected to show up in Assassin’s Creed Syndicate gameplay is a WWE and UFC superstar, but that is exactly what has been discovered overnight.

It turns out that Ubisoft has inserted some art in the game, featuring none other than suplex city monster Brock Lesnar.

A report by Kotaku reveals that the art displayed in the game features the back of a character, which bears an uncanny resemblance to Lesnar – well, it is Lesnar in all honesty as there’s no mistaking the matching tattoos on Lesnar’s back. 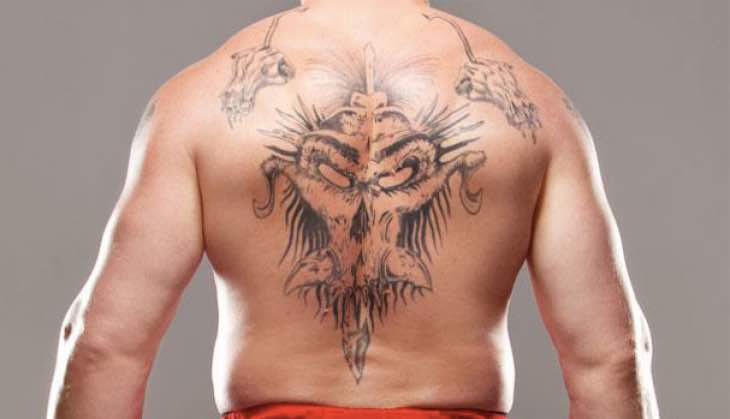 On first assumption, it appears that Ubisoft has taken a piece of art from Lesnar’s UFC fight with Frank Mir and placed it directly into Assassin’s Creed Syndicate.

Was this meant to be spotted by fans intentionally, or is it an easter egg that has just been outed? Either way, that is Lesnar’s back in the new Assassin’s Creed game and we just wonder if Ubisoft has had permission beforehand.

If not, they could find themselves in trouble as no doubt Lesnar will be demanding answers. It’s a great spot though and we can’t wait to find out some answers to this.

We’ll let you know once Ubisoft responds, but in the meantime let us know what you think of the picture. It’s definitely Lesnar, so what do you think he is doing in an Assassin’s Creed game?