We have been keeping you up to date with any Driveclub PS Plus Edition news as and when it comes in. This week, we have another small update to share on the status of the free version of Driveclub for you – but it’s not the good news that you are after.

The last we spoke about the game, we told you about how Evolution had revealed that in order to launch Driveclub on PS Plus, they would first need ‘server development’.

Now, Sony PlayStation Europe CEO Jim Ryan has given a very insightful interview to Metro, admitting that they still can’t commit to whether the free DriveClub game for PS4 will still come out.

Ryan has said that it is ‘still being looked into’ on whether the free version will release and couldn’t categorically confirm that it will launch when directly asked. 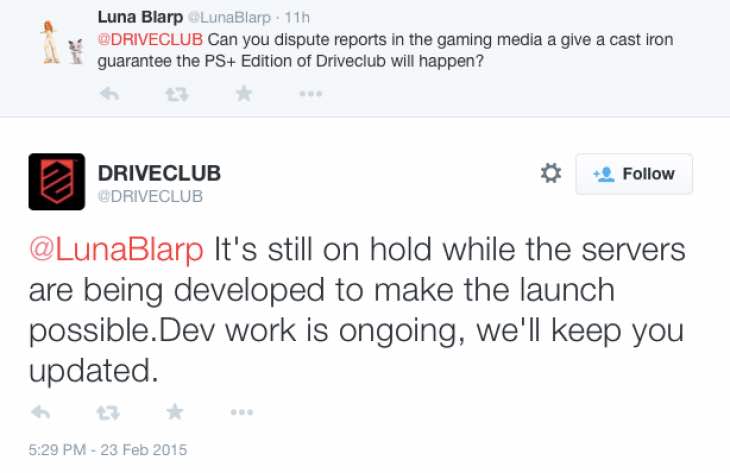 Meanwhile, we can see that Evolution are following a similar pattern – refusing to confirm outright that Driveclub is still launching on PS Plus.

Read the full interview above as it’s a great read. However, are you now worried that Sony may have had second thoughts in delivering the game to users despite previous promises that it would be free?

Let us know your thoughts on this, if Sony turn round and say that the PS Plus Edition of Driveclub won’t happen anymore.