Just before the Destiny 2 premiere trailer hits, we have one last minute leak to tell you about. The potential contents of the Destiny 2 Collector’s and Limited Editions have been revealed through European retailers.

This always tends to happen on the eve of a major reveal and there’s nothing bigger than Destiny 2 right now which is a major talking point on social media.

Thanks to certain Spanish outlets and translations over at Neogaf, here is what is reportedly inside both special editions of Destiny 2 if you are interested in putting a pre-order in on day one.

Remember that this is just a translation from Spanish so it may not be 100% accurate. We are also hearing that a other retailers such as GameStop will offer a Cayde-6 figurine.

We don’t have long to go so let us know what you think about what the Collector’s Edition of Destiny 2 comes with and if you will buy it.

After the official reveal we will update this article with further details for you so stay tuned.

Update: The official reveal is now live and we now have clearer details on the different versions of the game: 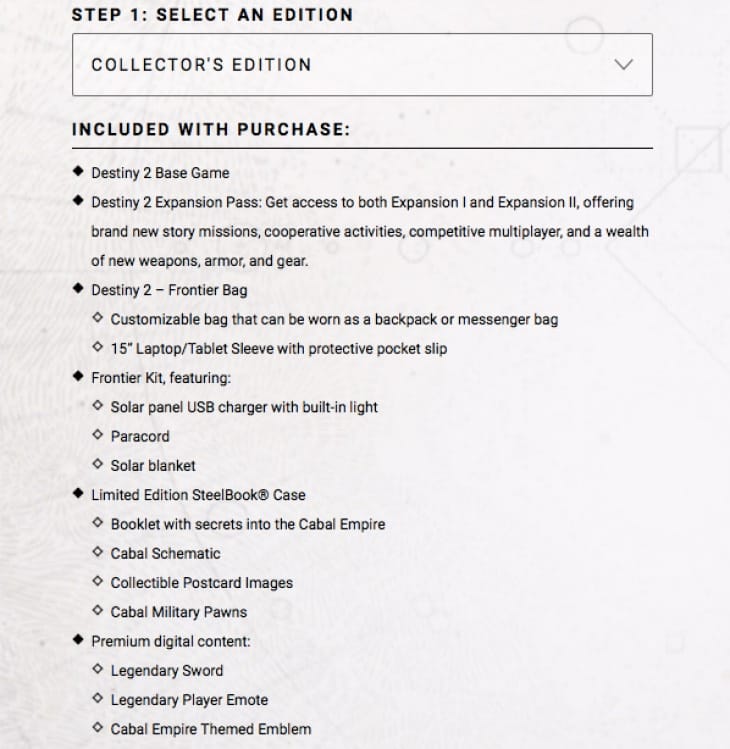 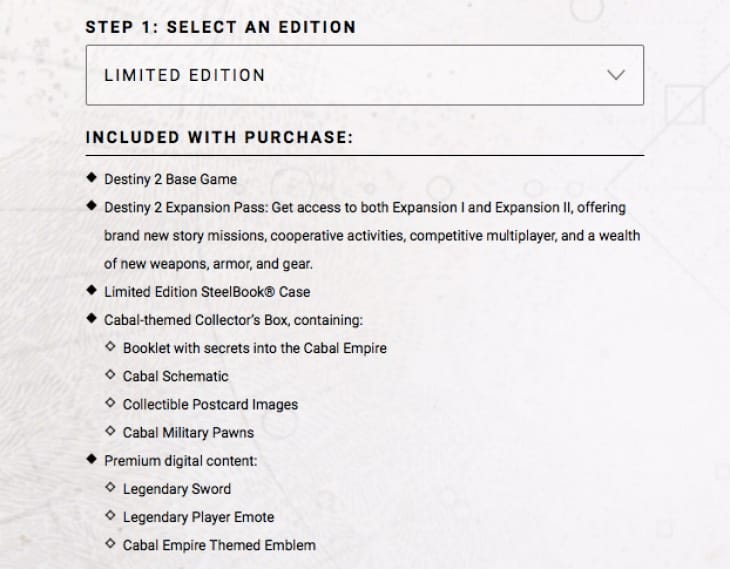 All versions of the game will get early access to the Destiny 2 beta, including PC!