Having upgraded our office iMacs with something new after each refresh, the new 2012 iMac has a release date in Nov, you might now realize a new Thunderbolt hard drive is well deserved after more options are starting to appear. When it comes to Western Digital they have some nice 2TB to 6TB Thunderbolt hard drive, which include the impressive My Book VelociRaptor Duo external drive that features an impressive twin configuration of 10,000RPM hard drives.

If you follow the new releases from Western Digital then you might remember the My Book Thunderbolt Duo external hard drives from Spring, which were impressive but nothing like the current offering in the form of VelociRaptor’s 10,000RPM drives. The product that launched this past spring only included 7,200RPM drives, and the new faster option is said to compete with the speed of SSDs.

On paper you’ll notice WD’s My Book VelociRaptor Duo has a 380MB/S write speed and 400MB/S read speed, although when you take into account the Thunderbolt ports and daisy-chain possibilities you can achieve much faster performance. 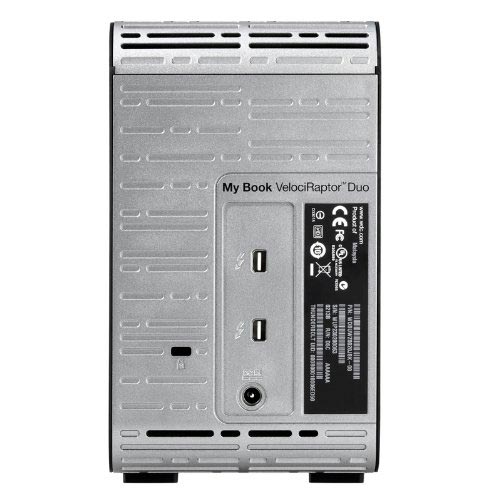 SSD vs. WD My Book VelociRaptor Duo on price — it is worth noting that Western Digital’s external drives are supported by Mac OS X as a bootable device, and on larger storage options it is fair to say that WD drives are currently cheaper per GB when compared to large SSDs. If you can gain the same performance with the correct configuration, or at least similar, then this is something well worth considering. 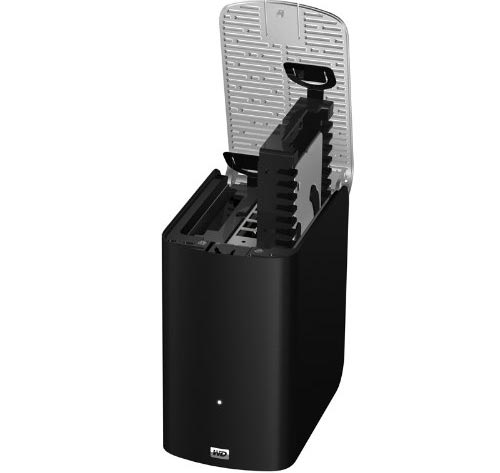 The My Book VelociRaptor Duo will be around double the price (over $800) of My Book Thunderbolt Duo drives, although this is certainly made up in performance but this is a choice you’d need to make that depends on what you need to achieve. You can see an official product demo in the first video below, and also an unboxing of the My Book VelociRaptor Duo in the second video, and a quick look at the speed in the third video. The official product page can be seen here, which includes full specs and features.

Bottom-line: Western Digital still claims there’s a market for hybrid drives even with the SSD cost lowering month-on-month, but we can’t help but expect a time to come very soon that SSD will be a cheaper option with at least equal performance. At this time Western Digital are doing pretty good and recently announced double the profits to $519m, so it will be interesting to see what WD’s strategy will be as SSDs drop even further in price.