The Wearable Technology Show in London never even had a chance to get going before the doors were closed, this was because the event was held on March 18th and 19th. However, in that time we were treated to some amazing products that you will be wearing upon your person over the coming months — for the most part anyway.

We thought we would have a little look to see what we thought were the best devices to be unveiled, although we know most of the talk was about Android Wear and the upcoming Sony PS4 VR headset, which we already discussed earlier today.

Going back to Android Wear, we are looking forward to more details on one supported device, and that is the LG G Watch. We already got a glimpse of this smartwatch a couple of days ago, but the South Korean company has yet to offer all the details that we would like, such as complete specs and features, price and an exact release date. Having said that, we do know it will be in a few months time.

However, the Moto 360 from Motorola is a far better option because it looks more like a traditional watch, and also has a premium finish, which we presume will help with future sales.

Keeping with the smartwatch theme, the Burg 14, which you can see an image of above is like Marmite, you either love it or hate it. This is a smartwatch with a difference because it comes with a traditional watch face and not the one you would associate with one of these more modern wearable devices. There keys around the watch face that can be pressed to access other features, one of which would allow you to make calls thanks to the SIM card that fits nicely inside.

Moving away from the smartwatch, we now have Google Glass to consider, well rival devices that is. There is no getting away from the fact that in its current form, Google Glass is not going to be widely accepted because it stands out due to its strange design. This is where Kopin comes in because from the looks of its design it will not draw any unwanted attention. 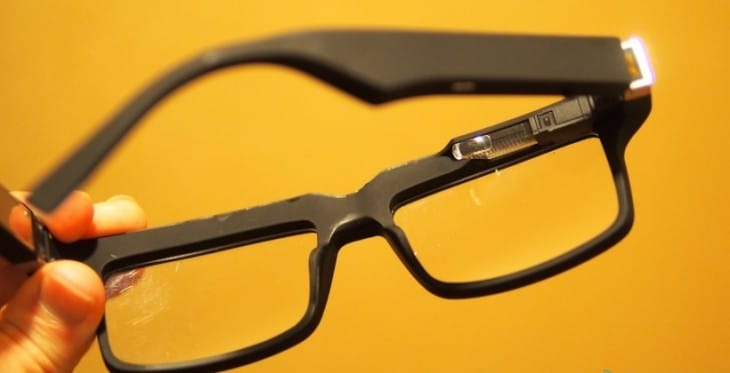 We already saw these glasses last month, but it was finally nice to see them showcased to the industry a couple of days ago. You can find more details on the Kopin smart glasses here.

One of the strangest products to be shown at the Wearable Technology Show in London was the Vrase headset, which is basically a DIY virtual reality. The easiest way to explain this is that it is a vessel to house your smartphone, which you then start up a compatible app in order to enjoy a 3D experience.

These are just a handful of products that caught our attention at the 2014 Wearable Technology Show, but what was top of your list?