If you ask any knowledgable gamer what the most requested game is from the last decade, most will probably turn round to you and say ‘Half Life 3’ in a heartbeat. While Valve have dug in deep and refused to listen to the annual cries, one new campaign has cranked up the tempo in a big way in an attempt to make Valve listen once and for all.

A viral campaign called ‘We want Half Life 3’ has just been set up and is asking for the gaming community to donate cash, in return for an in-depth marketing campaign designed to get Valve’s attention.

We know what you’re thinking, in the fact that why this is requiring money to do so. Then again, if you look at the project fund goals you will see why and also see that the creators responsible are fully intending to go through with this. 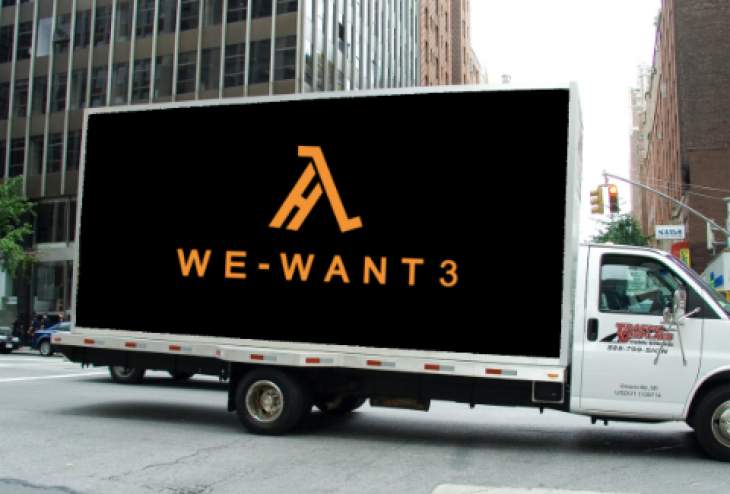 A total amount of $150,000 USD is desired, with one example of a goal being the hired truck with a giant Half Life 3 billboard over it – only if the goal passes $9,000 of course though.

T-Shirts, Half Life 3 pins are also thrown in, with the grand prize being a concert for all Half Life fanatics to attend – along with the promise of the best performers from the video game industry and invitations to all employees of Valve.

It’s an interesting idea and while we would love to see the game come out in the near future, we have a feeling that this kind of project may have an adverse effect rather than do good.

After all, if they plan to bombard Valve and get in their face – will they really say ok, let’s make Half Life 3 quicker? It will be interesting to see how the funding project goes and then if they manage to succeed with their goal.