There has been a very surprising, but welcome announcement ahead of the highly anticipated Wayne Rooney Testimonial match on Wednesday August 3.

Wayne Rooney has announced that the game between Manchester United and Everton will be live streamed for free across Facebook starting from 7.15PM UK time.

This is the first time a football match featuring two Premier League teams has been streamed over the social network and of course it now opens up the match to 1.7 billion Facebook users globally. 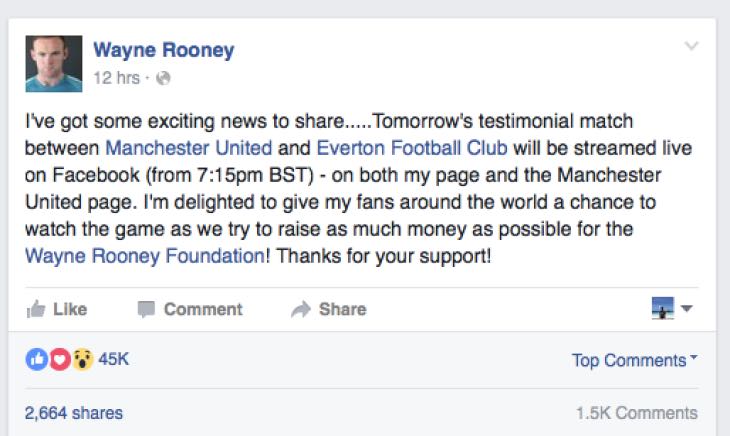 All the ticket sales from the match will be going to charity and of course it could be a chance to witness Zlatan Ibrahimovic’s first match at Old Trafford which could be unmissable.

Will you be tuning in on Facebook tonight? You can watch the Wayne Rooney Testimonial through his own page or over at the Manchester United Facebook page.