We have some good news for those of you who unfortunately missed Microsoft’s live stream of their new Xbox One console unveiling. The company has already provided the full stream replay, enabling everyone to re-tune in to see the moment when the console was revealed to the world as the Xbox One for the very first time.

Tuesday’s event was all about unveiling the hardware, with Microsoft promising that their E3 2013 press conference this year will be dedicated to revealing new software for the upcoming console, as well as plans that are still in place to keep the Xbox 360 relevant to consumers.

The video is just over one hour in length and shows the console up close and personal, as well as an initial introduction to the live TV features that the console will possess, as well as exclusivity deals that have been reached with EA Sports and Activision for Call of Duty Ghosts. 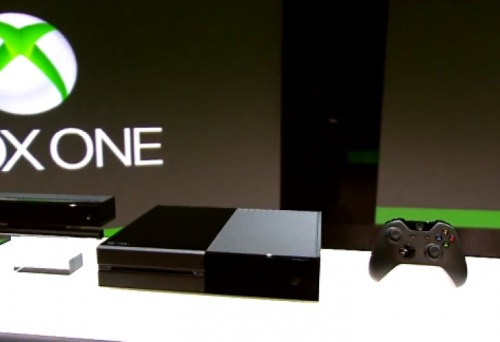 Unlike Sony’s February PS4 event, we also get to see what the actual console looks like, although we’ve already been hearing plenty of mixed feedback from some of you who are a little disappointed in the somewhat large size of the machine. Although not revealed at the event, is that the live-TV aspect of the console is only going to be available in the US at launch and that a separate device is needed for it to function – needing an additional cost.

There’s also the unveiling of a brand new 1080p supported Kinect camera, as well as a look at the impressive new voice commands that users will be able to utilize, when wanting to quickly switch between TV mode and Xbox One gaming. Watch how Microsoft demonstrate commands such as ‘go to TV’, ‘go to music’, with the response time very pleasing indeed.

You can view it all again here if you have an hour spare, but alternatively we have also added Microsoft’s official Xbox One highlights package above – if you are short on time. Watch the footage back again and let us know if you think Microsoft had a good next-gen console reveal or not. Was it everything that you expected?