We are under an hour to go until Sony’s E3 live stream starts. We have a heads-up for you for those that still don’t know, where you will be able to watch Sony’s E3 press conference live as it happens.

While Sony has already given out details for those intending to watch from theatres, we wanted to give you a heads-up that you can also enjoy the entire event from the comfort of your sofa direct on the PS4.

This year, simply turn on your PS4 scroll down to the What’s New section and look for the Sony Live Events Viewer – This is a free download and should only take you a minute to install. 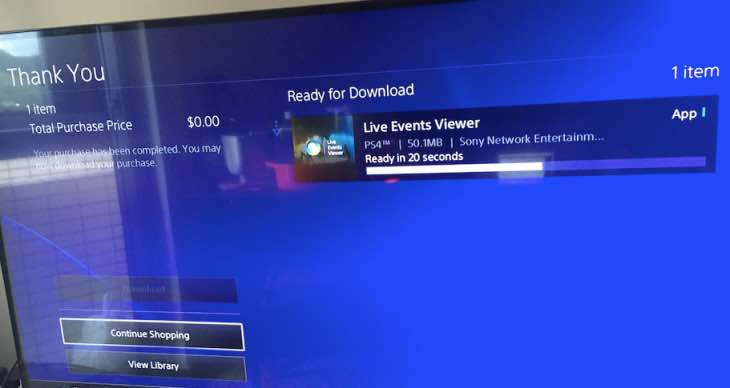 Once installed, open the app and you’ll see the E3 event highlighted for free, next to the upcoming UFC event. Click that and you can start watching once Sony begins broadcasting, which is scheduled for around 6PM Pacific Time.

Make sure you open up the Live Events app again and scroll down to My Events at the bottom and you should be able to start watching.

Failing that, you can still watch the action via traditional methods with Sony’s E3 2015 Twitch stream and also over at the PlayStation E3 YouTube stream too.

Watching direct on PS4 is a great feature though, so leave us a comment below if you are also trying it this year.

What are you most excited about seeing? Not long to go now until everything begins!