Microsoft CEO Satya Nadella recently suffered an embarrassing moment during the Dreamforce 2015 Conference. Nadella attempted to live demo Cortana, but ran into several problems in a row forcing him to issue a swift apology to those watching.

For those that have heard about this already but have been unable to track down the video, we have the exact moment for those that are interested in seeing it.

Cortana has been billed as being high intelligent with the ability to recognise any speech pattern of its user, but we didn’t see evidence of this at Dreamforce.

In fact, when Nadella asked Cortana to “Show me my most at-risk opportunities”, the personal assistant decided to show him results on how to buy milk instead. 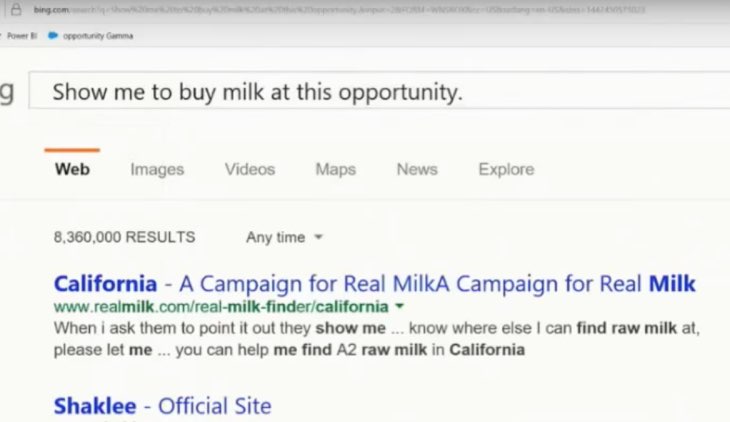 Nadella then tried a second and third time, but to no avail and had to require help from backstage to bring up the correct result that he was looking for.

You can see this for yourself, by watching the video below and skipping to the 10:40 mark for the exact moment.

What are your thoughts on this? It obviously wasn’t good for Microsoft’s CEO to be unable to correctly use Cortana during a live demo on stage in front of the world.

Does this put any doubt into your mind on how capable Cortana is against the likes of Siri, or is this a non-issue for you?