We’ve seen some really interesting Grand Theft Auto V vs. Watch Dogs videos since the latter game released this week and while we had high expectations for Watch Dogs, it was never going to beat GTA V for many factors considering the improvements Rockstar made to their franchise over many versions. This is exactly the reason you will see videos comparing Watch Dogs to GTA IV for car damage like you can see in the first video below this article.

The graphics and gameplay improved a lot in GTA IV and this shows when compared to Watch Dogs, even if the new open world game is on PS4 and Xbox One as well. To understand how good GTA V really is, you’ll need to watch a video showcasing GTA V vs. Watch_Dogs in a driving comparison and this is exactly what we have in the second video. 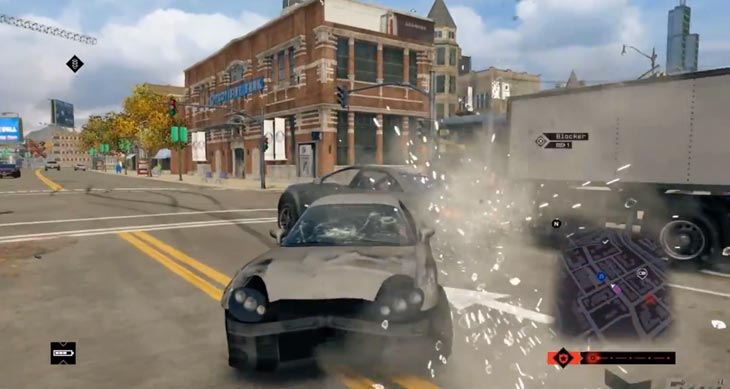 We’d have to admit the video quality of the second video below is not great, but it gives you an idea of how Watch Dogs and GTA V compare for driving. We’ve had hands-on time with both games and while we do love Watch Dogs for the way it introduces us to hacking in a GTA-style open world, when it comes to the way driving feels in GTA V it’s miles better than Watch Dogs.

The cars and graphics look great in Watch Dogs, but not that great when you considering we had the PS3 version of GTA V next to the PS4 version of Watch Dogs while getting hands-on this week. Personally, we love Watch Dogs but the PS4/Xbox One graphics and gameplay could be seen as last generation when getting a first impression.

How do you think Watch Dogs and GTA V compare for car driving and damage? Take a look at the videos below and let us know what you think about both games. While Watch Dogs isn’t the GTA V game we wanted on PS4/XB1, we welcome the new open world game to our games collection and it’s certainly needed for PS4 and Xbox One owners.

You can see further insight into how the graphics compare between these two games in this article with another video as well.