If Watch Dogs is on your list of games to pick up in 2013, we have a treat in store for you now. New gameplay has emerged for Ubisoft’s cross-gen open world game, unseen footage that gives us a new look at the game in relation to car chases, combat and weapon stores.

A lot of people are already comparing Watch Dogs to GTA V and if you watch this latest video – it’s easy to see why. While Rockstar is continuing to remain very silent on their upcoming game, Ubisoft has been a little more generous on content releases for Watch Dogs.

A full six minutes of footage has been uploaded by Polygon, once again showing the beautiful graphics that will presumably be available for those opting to pick up the game on next-gen consoles or the PC, rather than on Xbox 360, PS3 or Wii U. The car chase scene in particular towards the end of the video looks amazing from a graphics point of view and it shows that Ubisoft has a lot more up their sleeve than just the surveillance features that we have seen from Watch Dogs so far. 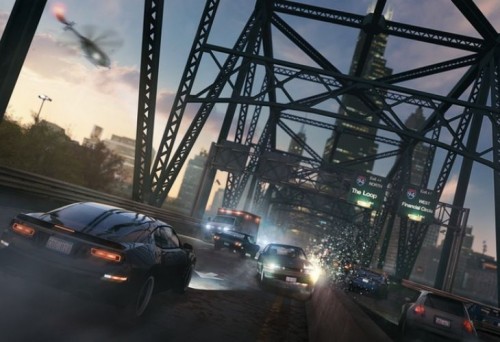 There are also some stunning screenshots that are available over at Polygon as well, arguably looking better than anything that Rockstar has put out for GTA V so far. With Rockstar’s game, Watch Dogs, Saints Row 4 and Sleeping Dogs that has already released, it really does seem that 2013 is the year for the open world genre to take center stage.

The real debates will start once we get to see how PS3, Xbox 360 and Wii U versions look compared to the superior next-gen and PC platforms. Don’t forget that Ubisoft has already confirmed that PC is lead platform, so you may want to take that into consideration as well – not to mention the modding capabilities that will be available post-release.

The gameplay above is easily the most revealing and exciting that we have seen so far, so hopefully Ubisoft will be bringing more of the same to E3. Watch it above and let us know if you are now considering this over GTA V.