Those of you who have been playing through the exciting Watch Dogs story mode will instantly notice that the game features a deep reward system thanks to the Watch Dogs skill tree unlocks.

You’ll think it is Skyrim all over again as Aiden Pearce can actually upgrade a vast array of skills to make him better at driving, combat, crafting and of course hacking.

Aside from unique skill trees for each of these categories, we’ve also noticed that there’s a Watch Dogs notoriety skill tree to work through as well which will award Aiden with unlocks such as Anti-vehicle Rounds and Nitro Boosts. 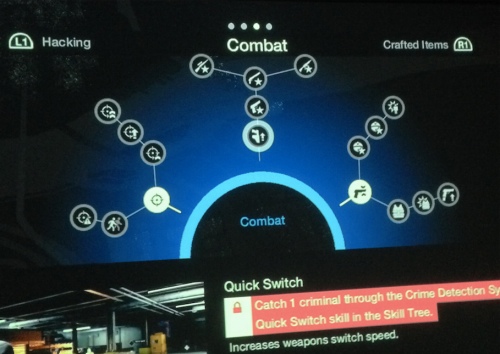 The main core of the skill tree though will reside around four main areas, these are Hacking, Driving, Crafting Items and Combat. As you play through the campaign mode, you’ll gain skill points fairly often which you can use to upgrade skills. 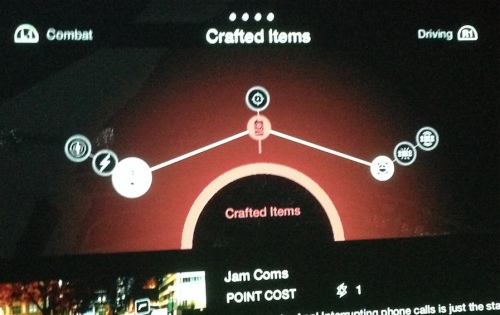 Some of the more luxurious abilities such as being able to disable reinforcement Calls can only be unlocked however when you have first unlocked a lower tier skill in the same category – Hacking utilities in this case. 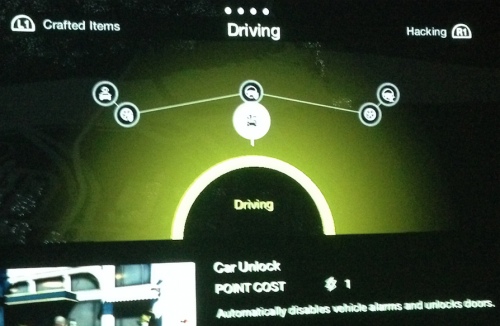 There are plenty of skills to keep fans busy for hours though and only when you have maxed out all Watch Dogs skill tree unlocks can you truly call yourself a supreme hacker. 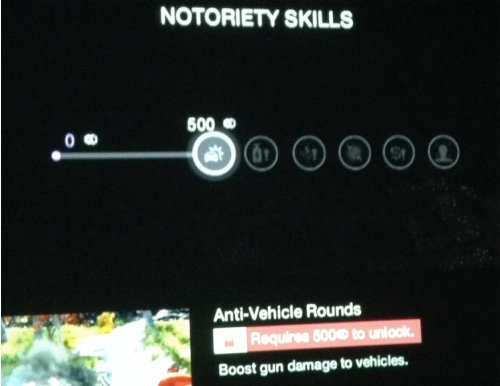 We’ve included initial images of all the skill trees in the game so far, so let us know how much progress you have made at the moment. Which skill set are you focusing on the moment? – We’re willing to bet that most of you will be trying to complete the hacking skill tree first.