We don’t have long to go to learn who will be in the Australian Open Men’s Tennis Final for 2015, as the Andy Murray vs. Tomas Berdych match is now underway. As of writing this Berdych has taken the first set, and it is clear from the start that he will not take any prisoners today.

We know that there are many tennis fans out there that are not in Australia and so would like to watch the Andy Murray vs. Tomas Berdych match live, and so that is where the Eurosport Player app comes in, which is available for Android and iOS devices. 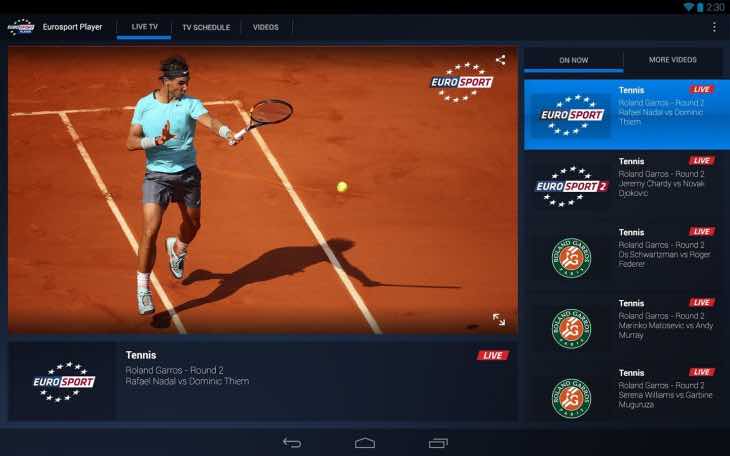 Once you download the app and pay for your subscription you will have unlimited access to a huge range of sports, one if which includes the Australian Open. However, with the Phoenix Open 2015 starting today, we are pretty certain this app will have live coverage of that event as well.

For all the details you need on this app we advise you to download and pay for your subscription quick, as you don’t want to miss today’s matches. Having said that, it will be great to see Murray make the final, as that will be a good start to his 2015 season.

Latest score now is Murray 1-2 Berdych, which is for the first set.