The countdown to the world cup enters its final week, and as a way to help prepare you we have come across a way to watch the 2014 Brazil World Cup stadiums thanks to a little help from Google and its Street View service. Google did the same four years ago in South Africa, and so it makes a welcome return this year.

We have heard so many rumors stating that some of Brazil’s 12 World Cup Stadiums would not be ready in time, but they look ready to us when we pan around them 360 degrees.

You will notice that the MaracanÃ£ revamp also looks completed, but then again there might be a few areas that we cannot see from inside the stadium. 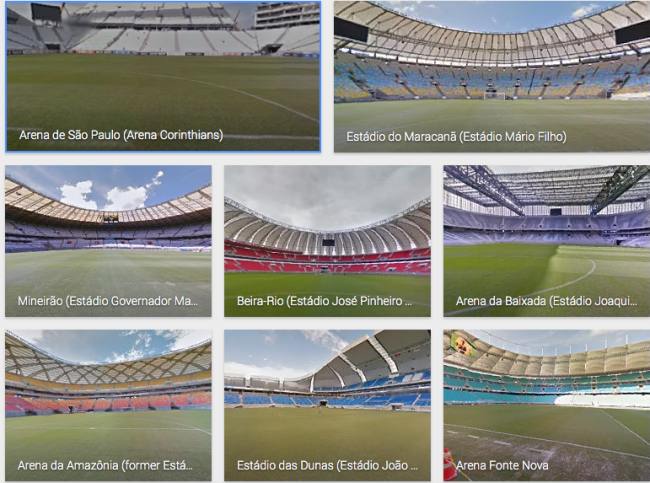 Street View has also updated imagery of the painted streets around the stadiums, and if you download Google’s mobile app, then you have new information, such as transit data for each of the host cities, which as you know will be an invaluable source of information in making certain that you can get to each World Cup match.

Do you think these images are the real deal seeing as though the media would have us believe that the organizers were unable to get the stadiums completed in time, or was that just a way to generate news?