Walmart is starting to directly talk about their 2015 Black Friday ad on Twitter now as well. The latest message came just a few minutes ago and asked their, “Black Friday Ad is for in store only. A special set of online prices will start at 3.01 a.m.EST/12:01 a.m.PST Thurs”. This tweet came after being asked if the same prices will be with Black Friday online.

Original Article: We had to update this article once again due to Walmart pulling not only their Facebook posting, but then also the corporate news post they officially published. The corporate listing had a date of November 12, so it’s clear someone clicked the publish button too early on both the news article and the Facebook posting. You can count on the full Walmart 2015 Black Friday ad going live within the next 12 hours.

First update: We have updated this article after Walmart broke the news fully within their corporate news hub. This included a couple of preview images, as well as news on the top deals they will be offering.

This is a quick update to let our readers know Walmart shared their Black Friday 2015 ad on Facebook today, but then later pulled it for some reason. You can see a quick screenshot below, which reveals a message from the official Facebook page for Walmart that cannot be seen at the time of writing anyone.

While it’s not clear why the tweet and Facebook share was pulled from official channels, we do know many of our readers expected to see the ad scan appear online around this time in November. We don’t normally post anything on Black Friday ads, but considering this falls under our news category and it’s a major story, it made it to publication.

You can see the message above that reads, “Walmart’s Black Friday ad is here! Check it out on the Walmart app and online for event times and more”. It looks like someone hit the publish button too early, but it’s good to know Walmart officially linked to their walmart.com/blackfriday page for further details and pointed shoppers to the app. If you want the latest news, then we recommend you download their app and keep an eye on the said page at the official website. 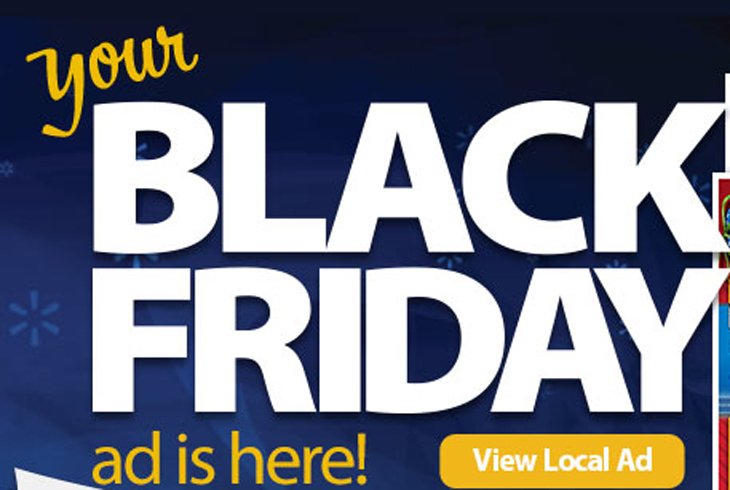 It’s also worth noting the Walmart Facebook page can be followed here, as considering this message landed on there first it would be a good page to follow to see the Walmart Black Friday 2015 deals when they arrive. You can expect the full list of deals to go live within the next 24 hours.

In the past Walmart has launched sales titled Cyber Week and normally lead with the biggest discounts, also their UK arm with Asda decided to pull out of the Black Friday sales. If you are from the UK, then we recommend you follow both this Black Friday UK events page with over 130,000 people going and this Bargain Deals group for the latest news on Black Friday UK.

We have reached out to Walmart for comment, but haven’t heard anything back at the time of publication.

Update: Walmart corporate has uploaded what they are calling their “Black Friday Shopping” preview, as well as another press image detailing “1-Hour Guarantees”. The news confirms that these guarantees are returning for Black Friday Shopping in 2015. 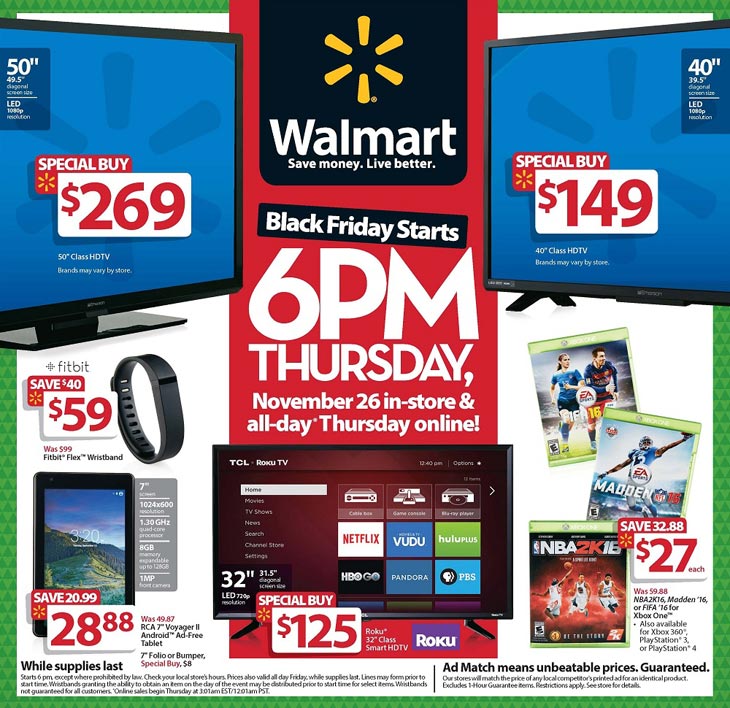 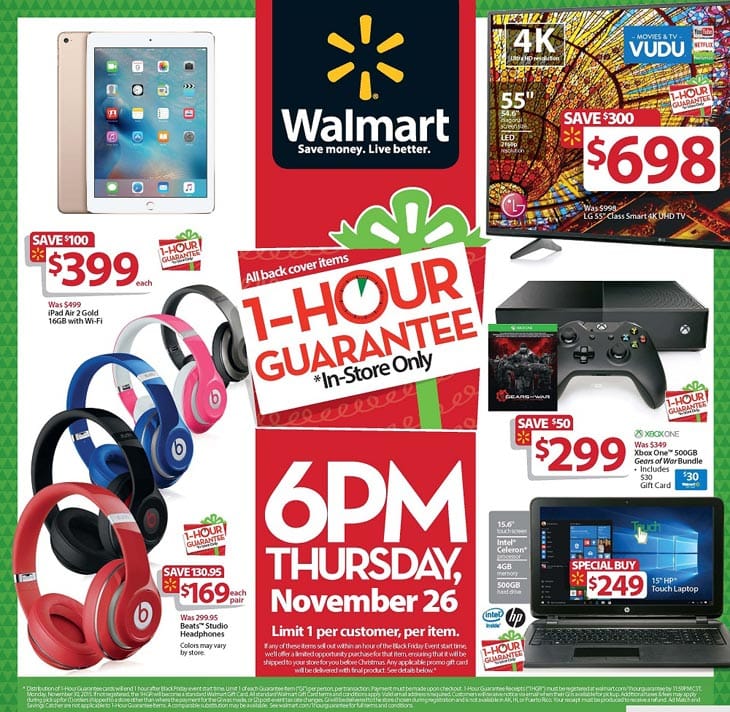 You can see the two official images above, although if you want to see much larger versions head to this page on news.walmart.com. This page also contains information on the biggest deals that Walmart will feature this year.

Update 2: It’s now clear the Facebook posting was pulled due to it being scheduled for November 12, 2015. In fact, the official news post on Walmart’s corporate site also had a Nov 12 date, as such count on the articles and social messages going live again in the next few hours.

Update 3: We have added a recent tweet above this article with a screenshot from the official Walmart account, we also touched on the Black Friday ad for 2015 and how its returned finally to the corporate news pages. There’s also a paper flyer leaked on to many Black Friday ad websites with the full copy. Expect it to be live on Walmart.com today.