You’ve seen the Droid Charge speed tests on Verizon’s LTE network and you decide its not for you, then maybe you saw a few Motorola Droid Bionic videos and that 4G phone has started to wet your appetite for next-generation goodness, although the release date is not confirmed, only said to be “summer”. What should you do?

Some of our readers are in this position, which is made more complicated by Verizon Wireless deciding to end unlimited data plans. With this in-mind, some users are contemplating whether to buy the Samsung Droid Charge or HTC Thunderbolt and lock themselves into a two-year contract, wanting to keep the unlimited data plans.

This is a problem with those that are heavy data users that prefer the unlimited plan, and Verizon offer no guarantees that loyal users will have the option to avoid a tiered pricing model this summer when the change is made. Summer is also the same release Motorola has given for the Droid Bionic.

The dilemma here is choosing one of the 4G Android phones currently on offer from Verizon, and trying to stay with an unlimited data plan longer, or waiting for the Droid Bionic and risk not being able to have the better plan for heavy data users. 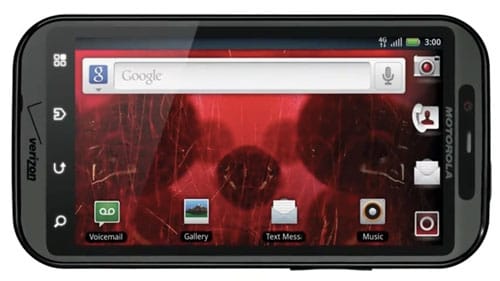 Our recommendation would be for the extreme data users to choose a 4G LTE phone that is on the market now, you can wait for the “what if” but with secrecy around release dates, you will be waiting for some time yet. Verizon should then honor the new contract you sign with them, 2-years in most cases, before they stop unlimited data plans.