For those of you that feel the VW Up does not go far enough to capture the hearts of Volkswagen lovers, then maybe a top-of-the-range GTI model might. We say this because the German carmaker understands that people are desperate for this model, and so have now speed up their plans to release it sooner.

VW Up GTI Vs Abarth 595 – It’s clear that VW has its sights set on the popular Abarth 500 – well the 595 to be more precise, although we just do not know if it will have what it takes to compete in terms of its looks. While some of you may not think much of the Fiat 500, we think it oozes style, and with the help of Abarth, it also comes with some punch as well.

So how will the two of them compare in terms of performance we hear you ask? Take the Abarth for instance with its 1.4-litre four-cylinder turbocharged engine. It manages to produce 143bhp and 152lb ft and has the option of either a five-speed manual or robotized automatic. As for the Up GTI, it will make use of the same engine used in the Golf Bluemotion TSI. it will deliver 113bhp and 147lb ft of torque – so not as much as the 595. 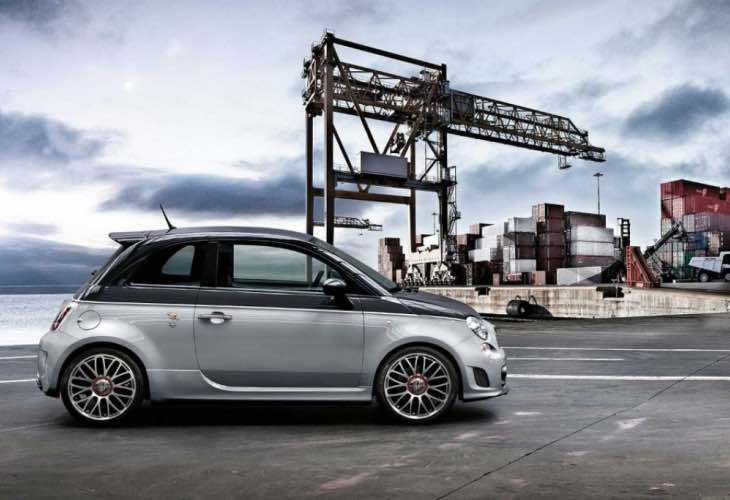 The reason being is that it will only have a 1-liter turbocharged engine, although is heavily tuned. However, it will have the choice of a six-speed manual or seven-speed dual-clutch automatic gearbox, which is far better and a top speed of 124mph and a 0 to 62 miles per hour time of around 8 seconds.

It’s not all about power though, as what’s the point if the car itself is unable to handle it all? It’s for this reason why Volkswagen will make use of some heavily retuned McPherson strut at the front and torsion beam suspension at the front. Not only that, but it also has its own spring and gamer rates, along with a lowered ride height.

The Up GTI will also come with styling revisions that you expect to see fro a GTI model, along with 16-inch wheels as well. For more details on this please visit Autocar.