We already knew weeks ago that Volkswagen were to introduce an electric version of its Microbus during CES 2016, and they did just that. However, before you get excited about the prospect of its release, its a non-starter right from the get go.

The VW Budd-e release is not yet feasible because the technology to be used has yet to be released, and is more of a concept of what could be in let’s say, the next ten years.

We are told to think of the Budd-e as a vehicle that will not go into production, but rather a look at what future technology Volkswagen is planning. 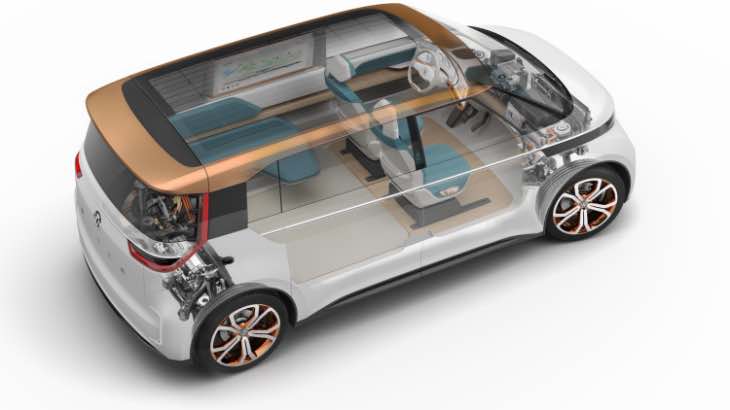 It’s good to know what VW has planned, but also disappointing at the fact that we were being teased about something that is not actually going to be released – it’s like we shown something truly remarkable, only to have it taken away from us.

To look at, the Budd-e is rather basic in its design, but it’s the simplicity that we like. However, dive a little deeper and you know there is something remarkable going on. It’s a box-like design with a dual-motor skateboard chassis, which allows it to carry a flat battery pack, with a suggested capacity of 101-kWh on the floor of the vehicle.

We could go on and look at this EV in more detail, but feel it is far better for you to read over the press release.