Players are desperately looking for a Destiny Vulture error code fix, after this error has taken Destiny servers down early on Wednesday June 17.

As far as we’re aware, Destiny servers are down on Xbox One specifically and at the moment players are unable to get in a game due to this error.

We’re used to seeing other Destiny error codes such as Banjo and Cattle, but this is the first time that we have seen Vulture interrupting play for a long time. 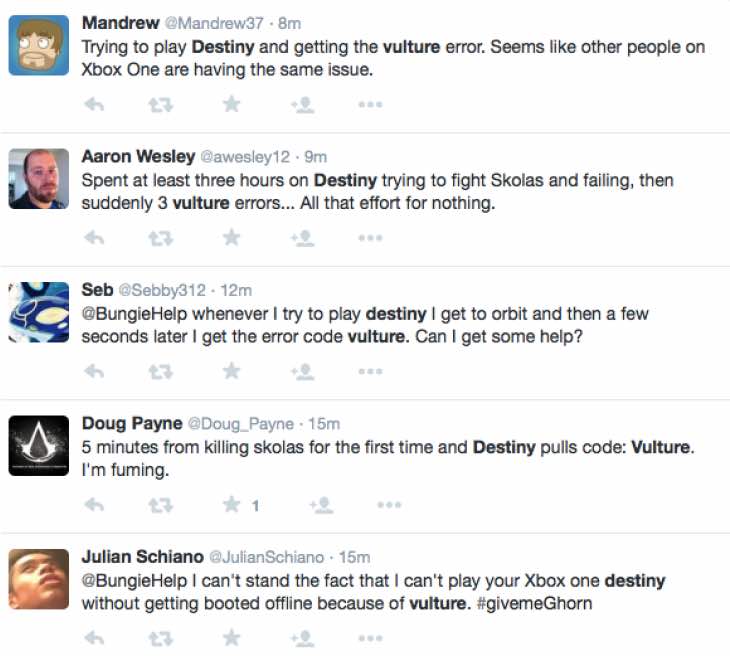 As you cans see from feedback above, a lot of players are affected by this at the time of writing. Bungie has also already sent out a status report on the official Bungie Help account by saying that they are now investigating the problems. 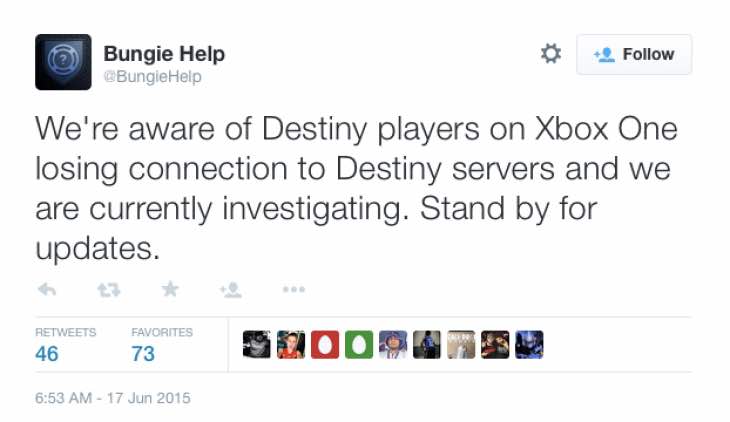 Meanwhile, we have done our own digging on a potential Destiny Vulture error code fix for Xbox One but could only find the following information from Bungie – see the image below.

That doesn’t sound like a true fix to us as it only advises players to make sure they are signed into PSN or Xbox Live and have an active Xbox Live Gold subscription or PS Plus membership which obviously you all have.

As we look for further answers on this, let us know if you are seeing the Vulture error code right now in your area. Is it stopping you from playing?

Update: Eight hours later, it looks Bungie are still having issues with Destiny servers down on Xbox One. Here’s their latest Tweet as of a few minutes ago – very similar to the last one. Let us know if you can connect right now.

We are aware of issues that are preventing Xbox One players from accessing Destiny and are currently investigating. Please standby.