There are several vehicles that we would associate with Surfers, with the VW Transporter being at the top of the list, although this is not the case anymore. The reason for this is that car manufacturers have found unique ways in order to make a standard wagon appeal to Surfers, but would you have ever thought the Volvo XC60 would be featured as a Surfers Wagon?

We came across an intriguing article on Surf-Report, where they reported that Olympic Windsurfer, Bryony Shaw was seen driving a Volvo XC60 with her board on top of the vehicle. With the Irish beach is on a piece of isolated coast, the XC60 seemed like the perfect vehicle for her.

You really have to be dedicated to the sport to reach such remote places, but you will see in the video how the Volvo XC60 is up for the job. However, not too long into the video you will see how the XC60 had to put its off-road technology to the test, such as when one wheel cocks itself up, but this is not an issue seeing as though the Hill Descent control was activated. 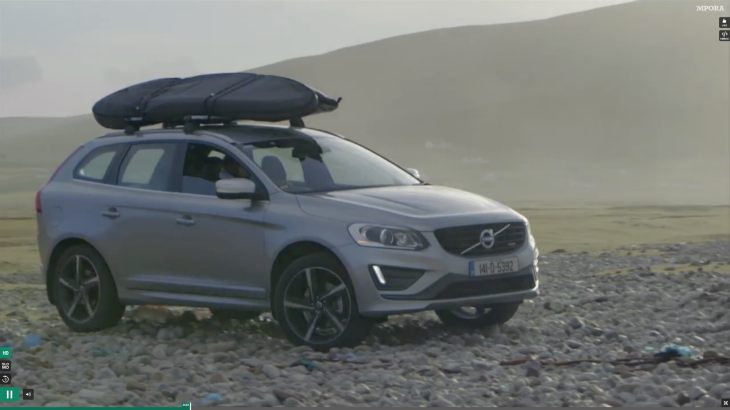 I’m not certain how well a VW Transporter or an old Woody would do on such terrain — badly one would presume? The XC60 would seem to be a great vehicle for any Surfer or Wind Surfer because of its size, meaning you have enough room for your boards, your kit, and also a place to get changed thanks to the large cabin area.

However, the Volvo XC60 is far more than just a vehicle for surfers, which you will be able to see in the second video, which is an in-depth review of the Crossover. These types of vehicles have been growing in popularity because they offer the best of both worlds. Okay, so we know they are not going to compete with full-on SUVs, but they do offer limited off-road capability.