We have read many conspiracy theories over the years, such as man landing on the moon, to events much closer to home, more so to do with 911, which we don’t believe for one moment. However, when it comes to a conspiracy theory in regard to future car technology and big oil companies, then that is a different matter.

We have heard so many stories over the years how large oil companies have paid people off to not proceed further with technologies that will help cars far more fuel-efficient, the latest of which involves the Volkswagen XL1.

There is no denying how impressive the Volkswagen XL1 MPG figure is, or is said to be, but there is a rumor doing the rounds that suggests the XL1 will not be heading to the US because the oil firms has put a block on it. 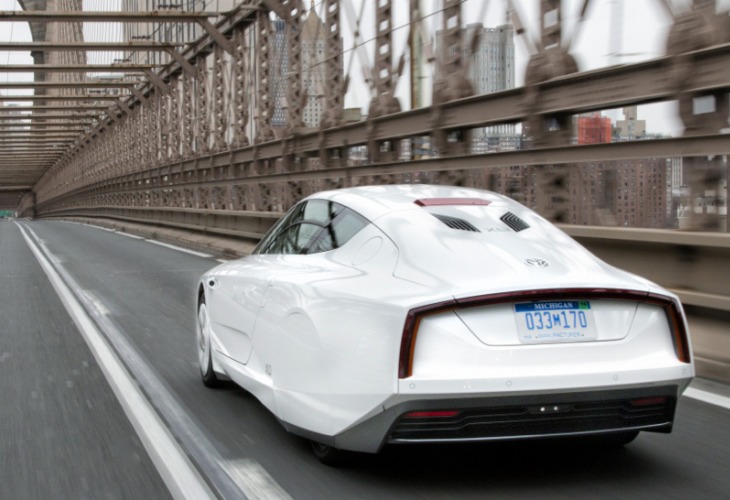 However, an interesting article has looked into this very subject, and has found it to be full of lies. It does seem rather daft when you read headlines like, “Volkswagen’s New 300 MPG Car Is Not Allowed In America Because It’s Too Efficient.”

This sort of thing did happen a lot back in the day, but we live in a different world, one that is full of legislations to help reduce carbon emissions, and so the thought of oil firms blocking technology to help make care more fuel- efficient is a Neanderthal one. Okay, we know that there are still some shady deals going on behind the scenes, but it’s hard to see this one being real.

Why no Volkswagen XL1 US release — The Volkswagen XL1 is still expected to make its way to Europe, but not the US, and not for the reason that you might think. Creating technology that allows for a vehicle to offer 261 mpg is an expensive one, and getting it to comply with American safety standards will make it even more costly.

It makes perfect sense for Volkswagen to start selling in Europe first, and only after a few years loss making that they would start to make a profit on each vehicle. It will be then that VW could think about bringing the XL1 across the pond.