While the Volkswagen camper is iconic with surfers and people that love a bit of nostalgia, there are also those that have a deep sense of happiness when people think of the Volkswagen Transporter as well. The latter model has been going since the 50s and is currently on its 5th generation, but a new version is in the works, and so more details have now come to light.

The Volkswagen Transporter T6 pre-order date will be live very soon although only for people in Europe, such as Germany and the UK. If you were hoping to see the 6th generation VW Transporter released in the US, then you might have a long wait on your hands.

It’s reported that the Volkswagen Transporter T6 price will start at 23,035 euros, although no pricing details have been released for the UK as yet. This is for the base model, and so we have no clue as to what other trim levels will be available, although we know they will cater for people in construction, or even a Multivan configuration. 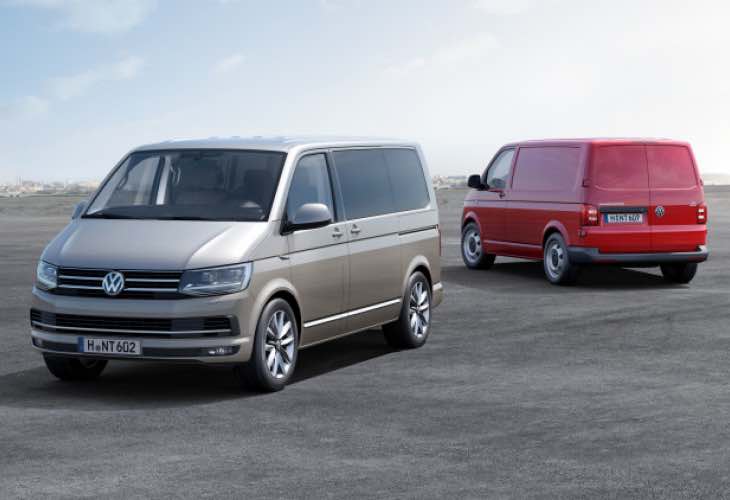 While we wait for information as to when people will be able to get their order in for this new model, along with its release date, we can share a few other Volkswagen Transporter T6 details. Take the engine range; these will consist of 2.0-liter diesel four-cylinder and a 2.0-liter petrol four- cylinder. The diesel will come in 83, 101, 148 and 201 horsepower versions, and the latter 148 or 201 horsepower.

There is to also be many changes to the interior and the overall safety and comport of this upcoming model. These are to include adjustable shocks, power tailgate, City Assist Braking system, adaptive cruise control, Driver Alert System and a lot more. For more insight head to the Volkswagen Commercial Vehicles website.

People have also been hoping to see a brand new VW Camper, although not certain they were very happy with this recent concept.