The Volkswagen California starting price in the UK is £37,657 and orders will are to begin in August, with deliveries due to happen by the end of the year. Pretty bad timing when you think of it, because tell me how many of you will be thinking about going away in a camper when the bad weather starts to set in? 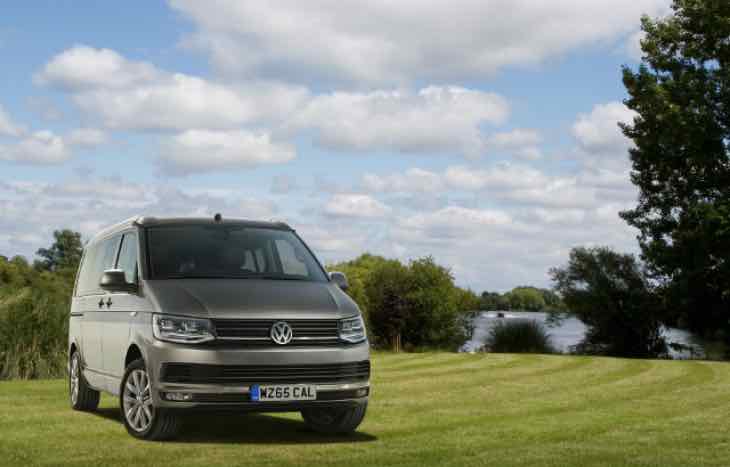 Having already detailed the Volkswagen California camper van (euro-spec), we now look into the UK spec, which begins with three diesel engine options. All are 2.0-liter and offer 100bhp, 148hp and 201 horsepower. The latter two are different in the way that power can be switched from the front wheels to 4MOTION four-wheel drive, which could come in handy when out camping on different terrain.

VW has worked on these engines to make them as efficient as possible, and so have made use of BlueMotion fuel-saving technology to reduce fuel consumption by at least 15 percent.

There are to also be two VW California trim levels, and these are Beach, which is the standard trim and Ocean, which replaces the old SE version. The standard trim comes with a bench seat that converts into a double bed, and you also get a manual sunroof, table that can be folded out and an integrated awning.

As for the VW California Ocean, the price is £47,840 and comes with a range of features all of which are better explained by Car Keys.