There is no denying that the Volkswagen Golf is a very solid car, and has been for many years now. The model is not pretentious and does all what is needed of it, no more, or no less. However, from time-to-time VW understands that they have to move with current trends, and so a compressed natural/gas-petrol version, which is the TGI model, was the always going to happen in order to take on rival models.

The Volkswagen Golf TGI model was unveiled at the Geneva Motor Show and now a review has become available, which gives us more insight into the new, more fuel-efficient model.

Even before the Volkswagen Golf TGI Bluemotion gets going a huge problem has been highlighted, and that is the fact that this variant will not be made available to drivers in the UK. Having said that, we shouldn’t be surprised by this decision, seeing as though the UK lacks the infrastructure to supply compressed natural. 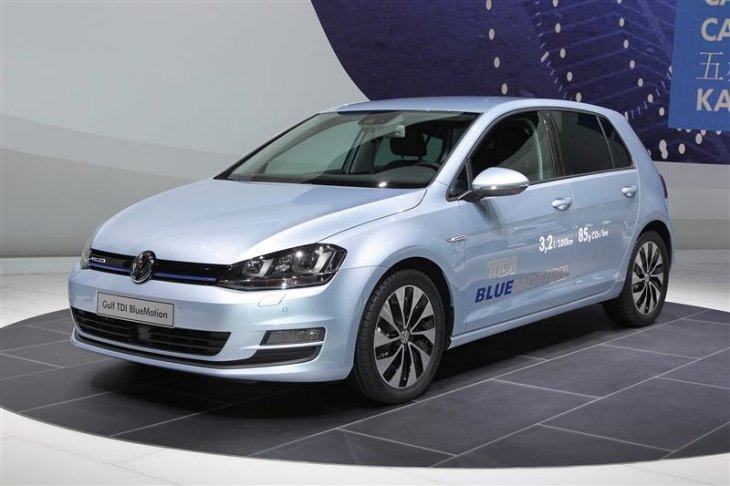 Volkswagen’s Golf TGI will go head-to-head with the Audi A3 G-Tron, as well as the Skoda Octavia G-Tec, both of which are very competent cars.

Golf TGI engine — The engine used to power the all-new TGI model is a 1.4-liter variant, which produces 108 horsepower. Okay, we know that this is a far cry from the GTI model, but remember that the TGI model is all about superb fuel-economy, and with a running cost of around â‚¬6 for every 100 miles, it achieves that goal.

Anyway, don’t let its performance put you off because the refinement in the Golf TGI is very impressive, although are we really surprised? A full review can be seen in the video below, but if you were thinking about buying one, then we would only suggest you should if you are looking to reduce your running costs.