There are many ways in which you can see the Volkswagen CES 2016 keynote live, although the live stream that we have embedded for you below will be one of the best. The event is set to begin on January 5 at 8.30 pm PST.

Volkswagen’s Passenger Cars Chairman, Dr Herbert Diess will be the one holding the VW Consumers Electronics Show keynote for 2016, and we know he will have a tough job on his hands.

We say this because the VW Group has not had it very well of late, and while this has nothing to do with the technology that Volkswagen will showcase during CES tomorrow, it’s obvious that the diesel scandal will still be the elephant in the room. 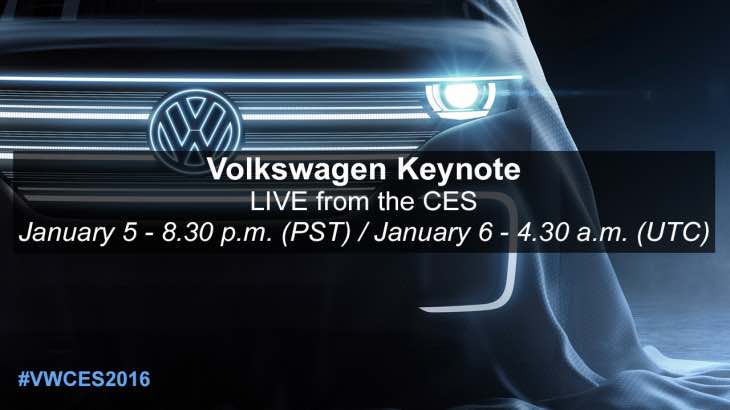 While we do not know exactly what Volkswagen will be talking about during its CES keynote, we can tell you that their electric Microbus will be on show in concept form, which we have already discussed.

Having said that, we have also learned that the German carmaker is to present an all-new concept car and will be set to go through a host of changes compared to other VW models.

There is also going to be new display and operating concepts, although that’s as much as we can tell you on that.