We have some great news now for all you Apple iPad owners that love reading fashion and lifestyle magazines, as Conde Nast Publications has just announced the release of its brand new Vogue Cover Exclusive app that has been designed for the popular tablet PC.

According to Christina Warren over at mashable.com, the application — which costs just $0.99 to download — isn’t the full issue of the hugely popular fashion and lifestyle magazine, but rather an edition that features the full cover story including audio and video clips.

The only downside is the fact that Vogue will not be producing the app every month. Instead, the magazine claims that it will only release new editions when they feel the content is appropriate. Their very first issue focuses on “Bad Romance” singer, Lady Gaga. 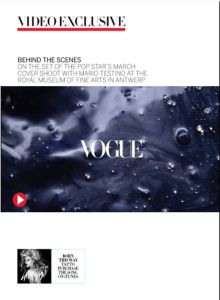 Not only will the Lady Gaga edition provide users with the full cover story and photographs, but it will also feature a series of video diaries from the author and a behind the scenes video. The app’s photography has been optimized to suit both landscape and portrait viewing. 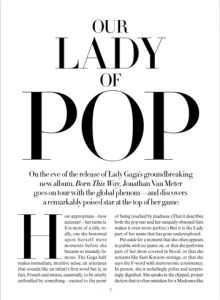 As noted over on the itunes.apple.com website, the Vogue Cover Exclusive app features an exclusive video taken on the set of Lady Gaga’s Vogue photo shoot, outtakes from the photo shoot and Jonathan Van Meter’s audio diary of when he followed her backstage while on tour.

Are you a Lady gaga fan? If so, will you be downloading the new Vogue app?