Today has seen Vodafone launch three of its own-branded devices, two are smartphones, and the other a tablet. There is the Smart first 6, along with the Smart prime 6, and finally, the Tab prime 6. It is that latter device we are more interested, as it gives consumers another choice.

Before we look at its features, we thought you might wish to know the Vodafone Tab prime 6 bundle options first. There are four in all, which will cost you £17, £21, £26 and £31 per month, and it is just that first plan that requires an up front cost of £19. 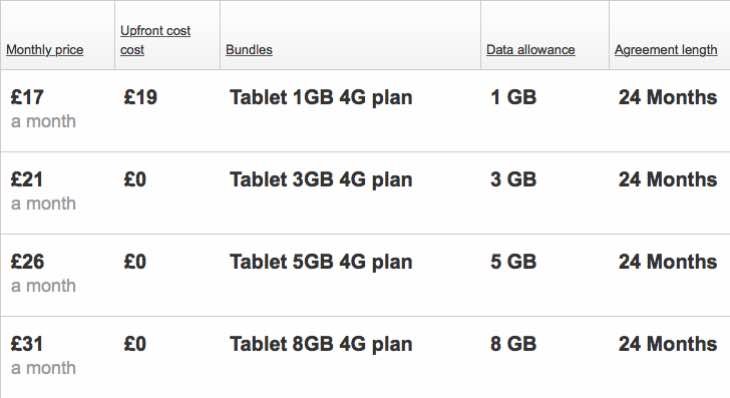 Going back to the device itself, you have a tablet with a 9.6-inch HD display and a screen resolution of 1280 x 800. Next we have a 1.3GHz quad-core processor and 16GB of storage. Vodafone has yet to share details on how much RAM this tablet has, although we suspect it to be either 1GB or 2GB at the most.

You also get a 4600mAh battery and the device runs on Android 5.0 Lollipop. Now the big question is, has Vodafone done enough to sway you away from the likes of Samsung?