It is summertime and we are continuing on from what has so far been a rather fluently frequent update season. HTC, Microsoft and Vodafone are the latest to serve up some goodies to those waiting in line for there shiny new updates which goes to the HTC designed Windows 7 phone; the Vodafone HTC 7 Trophy.

For those edging on the ends of their seats, no it is not the Mango update that you’ve all be waiting anxiously for, but is just a relatively small firmware update that fixes some of the phone’s more prominent hardware related issues.

We haven’t got an official list of the changes that the firmware update brings, but we can inform you that your battery life should be improved, as well as the quality of the the touch response and call quality.

As with every update, users are recommended to fill the phone full of juice before you connect it to your Zune software, just in case, you know, something goes wrong. Also, remember to backup every single prized bit of pixelated media on your device because you just never know.

We went digging around to see if there was much response to how the update had gone when Vodafone HTC 7 Trophy users downloaded and installed it. So, far the experiences do not look too promising, although we do stress that you tend to hear more bad than good in these situations.

Over on WMPowerUser.com, users are reporting problems of not being able to connect to their personal WiFi connections, and also a “Cannot update because another update is in progress,” issue.

The “Cannot update because another update is in progress” problem occurs when attempting to update other applications on the device, but can’t due to some ‘other’ update being in progress. We will keep a close eye on comments and cover more on this particular issue if we hear that it is not an isolated case. 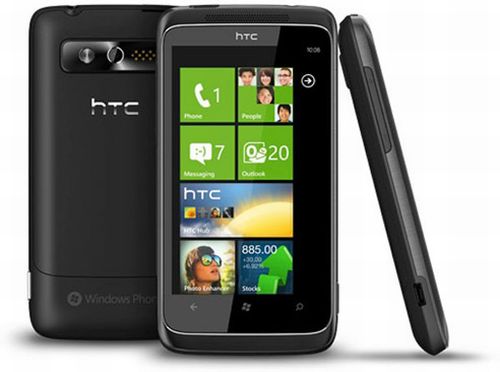 Have you experienced any problems or slight issues with the latest firmware update? We want to hear your thoughts, remember, do not hold back!