When Apple unveiled its iPhone 6 and 6 Plus handsets they were touted as two of the thinnest smartphones on the market. However, they have to go on a huge diet to compete with the Vivo X5Max, which is just 4.74mm thin. This is even thinner than the Oppo R5 and Gionee Elife S5.1.

To help put this into perspective, the two new iPhones are 6.9mm and 7.1mm; the R5 is 4.85mm and the S5.1 measures in at 5.1mm. When you look at it like that it shows that Apple needs to put its new handsets on a diet, although there is no doubt a sacrafice in terms of hardware 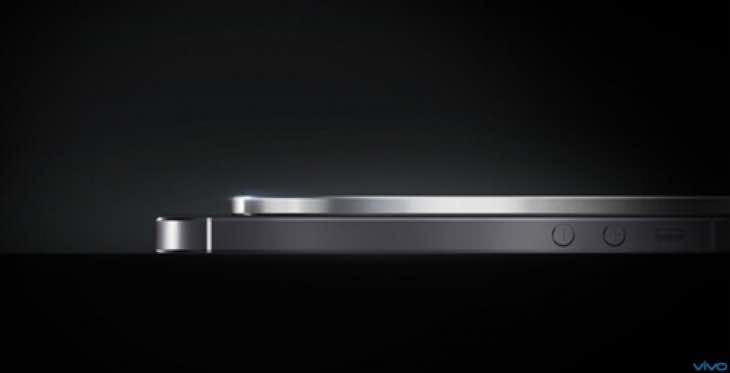 Having said that, the Chinese smartphone maker has still managed to pack some decent hardware into this Android smartphone, which starts with its 5.5-inch 1080p Super AMOLED screen. The frame is made from aluminum, and so it will be interesting to see how this gets on in a bend test – funny how bendgate has disappeared?

Other features include a 64-bit octa-core Snapdragon 615 processor, 2GB of system memory and 16GB of storage. There is also a 13-megapixel shooter, a 2,000 mAh and Android 4.4 KitKat.

Some of you will notice that the Vivo X5Max thickness is not that thin all the way through its design, as there is an area where it bulges out by at least 2mm, but who are we to argue with them about how they promote how thin the handset gets in certain areas. See more images on Engadget.