The Vivitar DVR785 is a 5.1MP HD Action Camcorder and is pretty much the budget version of the GoPro, and while it may not offer the stunning visual quality of its more expensive rival, it can still hold its own when compared to rival action video cameras with the same price range.

Looking over its specs we are not surprised there are some key features missing to help deliver superb image quality, although what the DVR785 does have is the ability to allow everyday people to attach this action-cam to their bike, helmet while on a skateboard or even while partaking in some watersports at a more affordabl price.

Some of the main specs are the 2-inch touchscreen LCD, which doubles as your viewfinder. This camera only offers a 4x digital zoom, and so is only decent enough when in bright conditions. 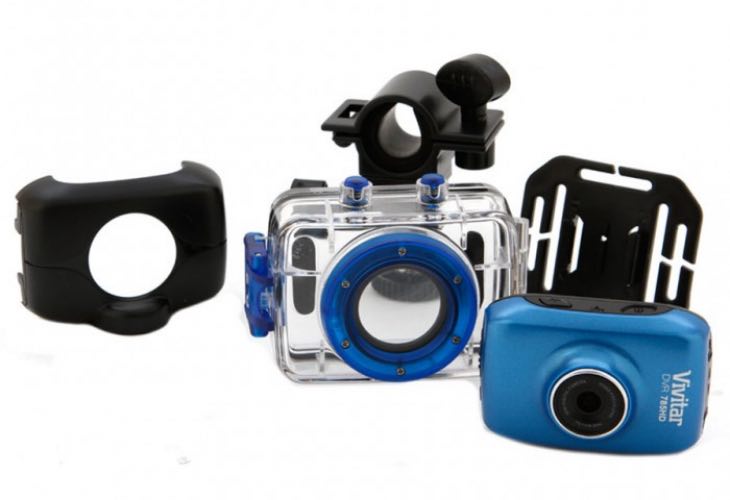 There is a 5.1-megapixel sensor for still shots, and 720p for video recording. Speaking of recording, the model only supports up to 32GB of memory via its microSD card slot.

We guess you are very curious by now as to its quality in terms of video recording, and we have four video reviews below, three of which are video footage with them being tested in different surroundings. You will see in the first review and test how there is no image stabilization, and so is a little shaky while being tested in a car. 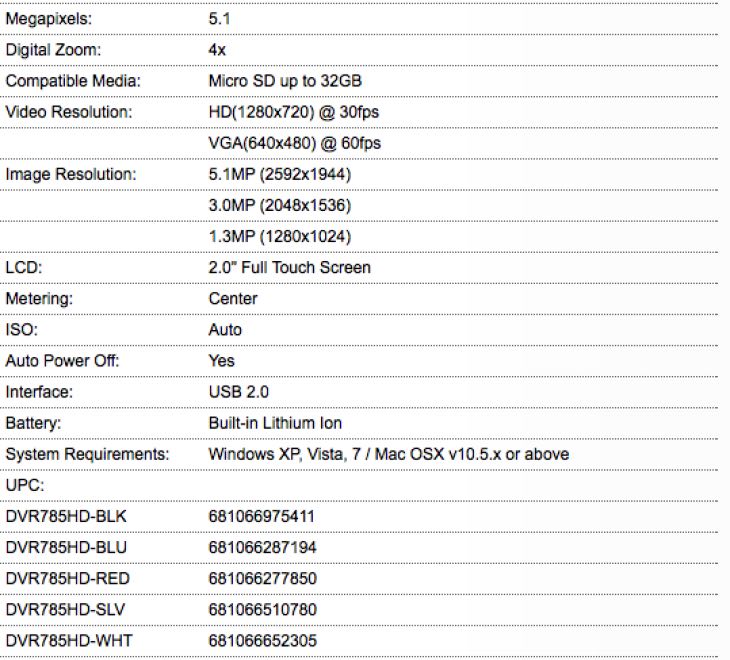 The second video gives you a perspective of how the Vivitar HD Action Camcorder can keep up with fast moving scenery, as it is being tested on a motorcycle. The results are not too bad, although that is because the camera was facing the rider and not in front. However, the sound is just horrible.

In the third video it is taken from a push bike, and while the camcorder is able to keep up with the footage, the contrast levels seem a bit much, and lacks a depth of color. The final video is an unboxing and so you get to see what comes in the box.

Ok, so we know the adrenaline junkie is not going to rush out and buy this model, as they would rather save for a GoPro Hero 3, but it is ideal for those of you on a budget, and for kids that like to have fun with their friends. More details can be found by downloading the PDF manual.